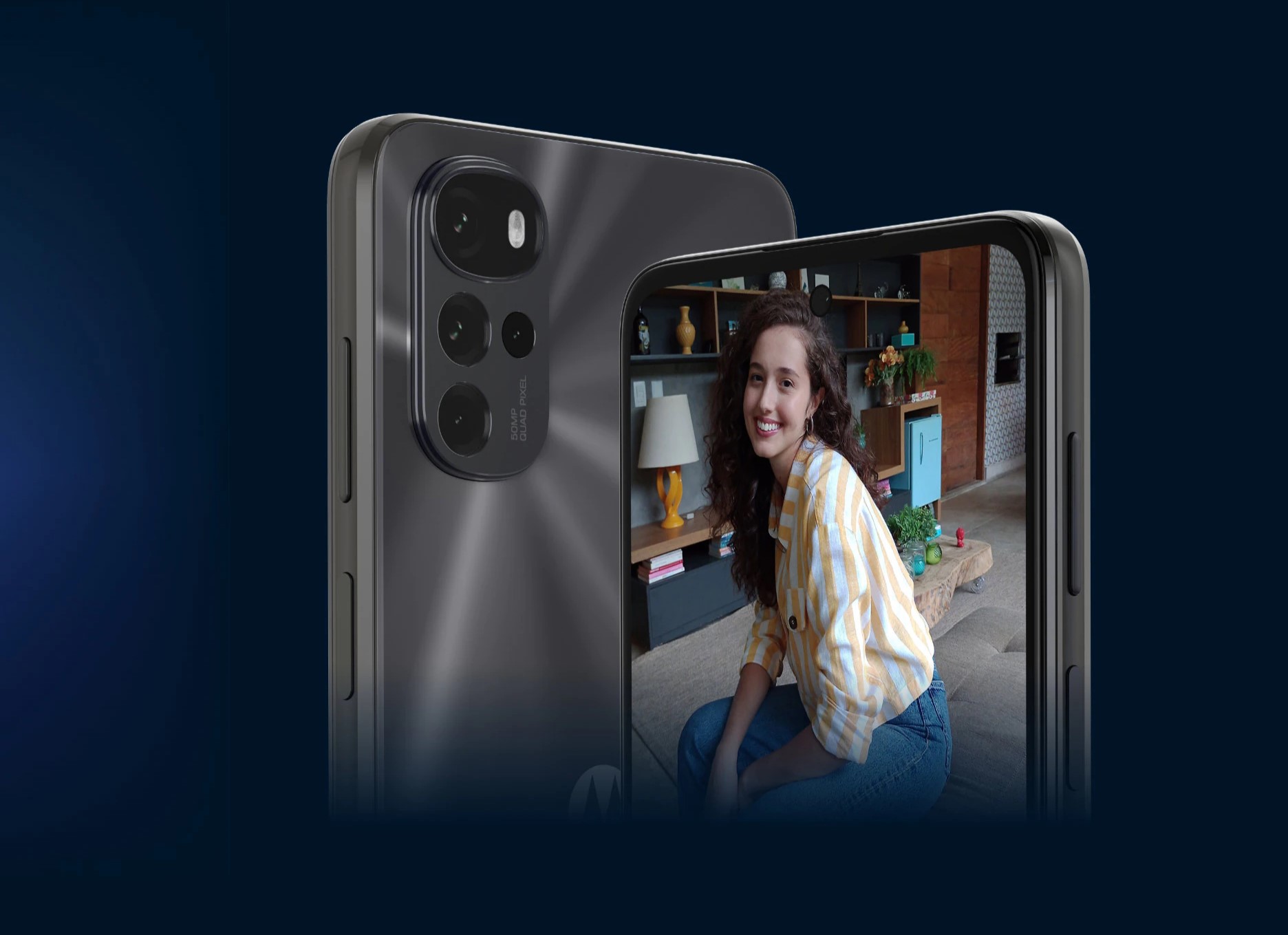 The $299 Motorola g22 is one of its ‘bullet-proof’ g-series that has earned a solid reputation for reliability with consumers and in the business fleet world. It is also currently on special at JB Hi-Fi for $239, making it a pretty compelling buy in the entry-level range.

No, it is not a powerhouse with a MediaTek Helio G37 processor (entry-level), it is 4G (all you need), and the screen is 6.5” (720p/90Hz) – all perfectly acceptable compromises at this price. On the plus side, it has a reasonable daylight point and shoot, 50+8+2+2MP rear camera and 16MP selfie, NFC (and fingerprint reader); 3.5mm headphone jack; long-life 5000mAh battery (and a massive 21-hour screen-on time) and can charge at 15W although it comes with a 10W charger.

Motorola is on a rapid ascent and it is doing that by offering what the people want at prices they can afford. Its range includes (special prices from JB Hi-Fi at 2/6/22)

* These are 2021 runout models, and new models are coming soon. In any case, there are some real bargains there.

It is now in two parts. As this is a low-cost device, we will do a brief summary and a separate 300+ line database-driven spec, including over 70 tests to back up the findings. It also helps us compare different phones and features.

Sorry, but there is nothing exciting about a typical glass slab smartphone as this format is the best way to deliver value. Motorola is no exception.

It has a flat glass front, flat PMMA plastic back (not a fingerprint magnet but quite slippery), quad-camera hump (use the bumper case), the important 3.5mm jack on top; and a dual sim and dedicated microSD slot. The power button (with fingerprint sensor) and volume rocker are on the right side.

720p is all you can expect at this price. It has an auto 60/90Hz refresh, or you can select 60 or 90Hz (all tests are at 60Hz). No screen protection is specified, but Motorola usually use PandaGlass (like GG3)

Unfortunately, it has an L3 DRM rating which means that streaming video content only plays at 480p SDR – if at all.

It is supposed to have a 400 nit screen and a 1500:1 contrast ratio. Compared to other similar spec phones, it is definitely not as bright and blacks are grey.

Due to cost and time, we don’t test lower-cost phones for colour gamut, brightness, contrast etc. Let’s say that it is OK for brightness (we estimate 300 nits, and you will run it at 75-100% – it is not for direct sunlight viewing); off-angle viewing is not great (it loses colour); there is a cold blue tint (you can remove this by selecting the natural mode and/or changing colour temperature).

Summary: Not the brightest but fit for purpose.

Summary: It is a three-cylinder, no turbo!

Wi-Fi 5 AC has a theoretical maximum of 433Mbps. Our tests show a maximum of 390Mbps with reasonable signal strengths out to 10m.

As it is not a Qualcomm SoC, it does not have its aptX sound codecs, which means you are limited to SBC and AAC with 200+ms latency – too high for gamers.

It has NFC – not expected at this price.

GPS performance is adequate and accurate to <10 metres but the phone takes a long time to recalculate routes.

Phone – Pass with caveats – for capital city and suburbs only

As seems typical of MediaTek Helio SoCs, it could only find the nearest tower, albeit at quite a good signal strength, to earn it a Pass for capital city users.

On the bright side, it has dual ring tones. On the not so bright side is that it does not (according to Motorola website specs) have band 28 (750Mhz), so necessary for low signal strength areas hence the caveat.

We have had past issues with MediaTek SoCs with GFX Bench and Geekbench 5 performance testing software.

This would not run GFXBench Manhattan or T-Rex battery tests. So, at best, we can tell you that PC Mark 3 battery test (screen on and typical use) lasted 21 hours and a video loop about 18 hours. We could not Netflix stream either (due to L3 DRM restrictions) – this is a better indication of Wi-Fi use. 100% load screen on drain was 7 hours.

We don’t test mono speaker smartphones as there is no sound stage, and the sound signature is set for clear voice (1-4kHz).

The maximum volume was 80dB with distortion. Hands-free was a little quiet, and the single bottom mic needs to be close to your face for decent effect and to avoid background and wind noise.

Never mind the plastic frame or PMMA (Polymethyl Methacrylate shatter-proof glass substitute) back – it is probably more shatterproof than glass. It is very well-made and should be a keeper. Warranty is 1-year (same as Samsung) which we think should be longer – OPPO and Google offer 2-years.

It is IPX4 – not very water-resistant.

It ships with Android 12 and Motorola’s overlay My UX 3.0. You can reasonably expect Android 13 and two years of updates.

Android is almost pure, and the MY UX adds things like a camera app and Moto gestures. See the table for all features.

What we don’t know until we test is the level of AI the MediaTek SoC provides. In this case, it is not a lot at under 4 TOPS so it needs reasonable light levels to get the best out of it. We compared it to the Motorola g51 with the same sensor and a Qualcomm SD480 SoC and the results are decidedly inferior.

Frankly, we were a little disappointed at the g22 camera and we suspect that it is easily fixable via firmware updates. Don’t get us wrong – it is better than social media class.

CyberShack’s view – Motorola g22 is the phone to get when you can’t afford more.