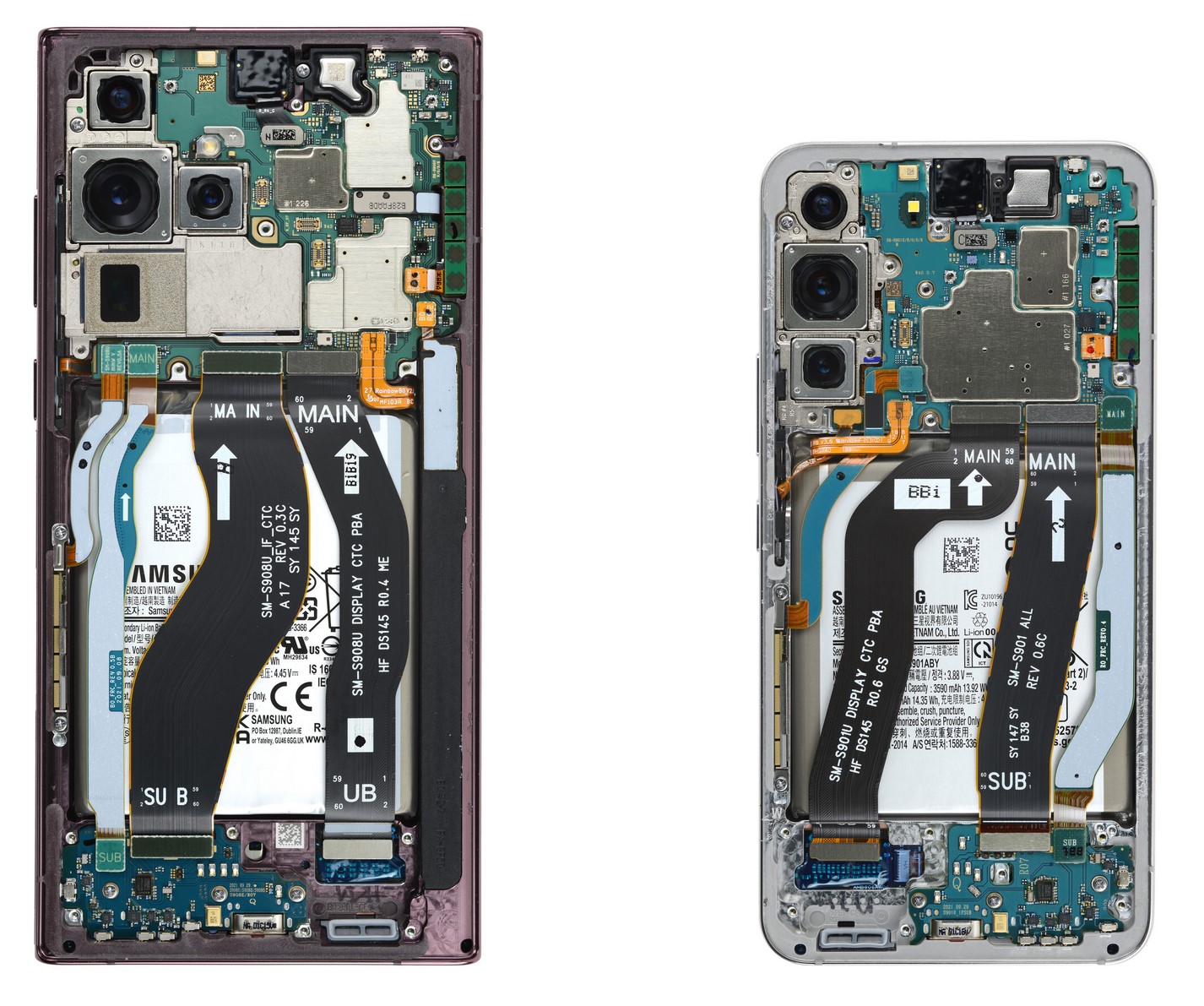 Let’s start on repairability. The Right to Repair movement spearheaded by iFixit in the US impacts some tech companies embracing the manifesto and some, like Apple, Amazon and Google, opposing it. iFixit’s low score is due to challenging rear panel removal, battery and screen replacement. Its advice is, “Make this phone just a few millimetres thicker! You’ll have more room for heat dissipation and the space for stretch release adhesive under the battery; it is a win-win!

The full teardown is here and the component list for the S22 (here) and S22 Ultra (here).

iFixit Samsung S22 and Ultra teardown is one hot potato

The Qualcomm S8 Gen 1 is a 4nm chip but generates a lot of heat. Despite the fact that Samsung flagships are throttled without your knowledge, iFixit says the stainless steel vapour chamber looks quite efficient.