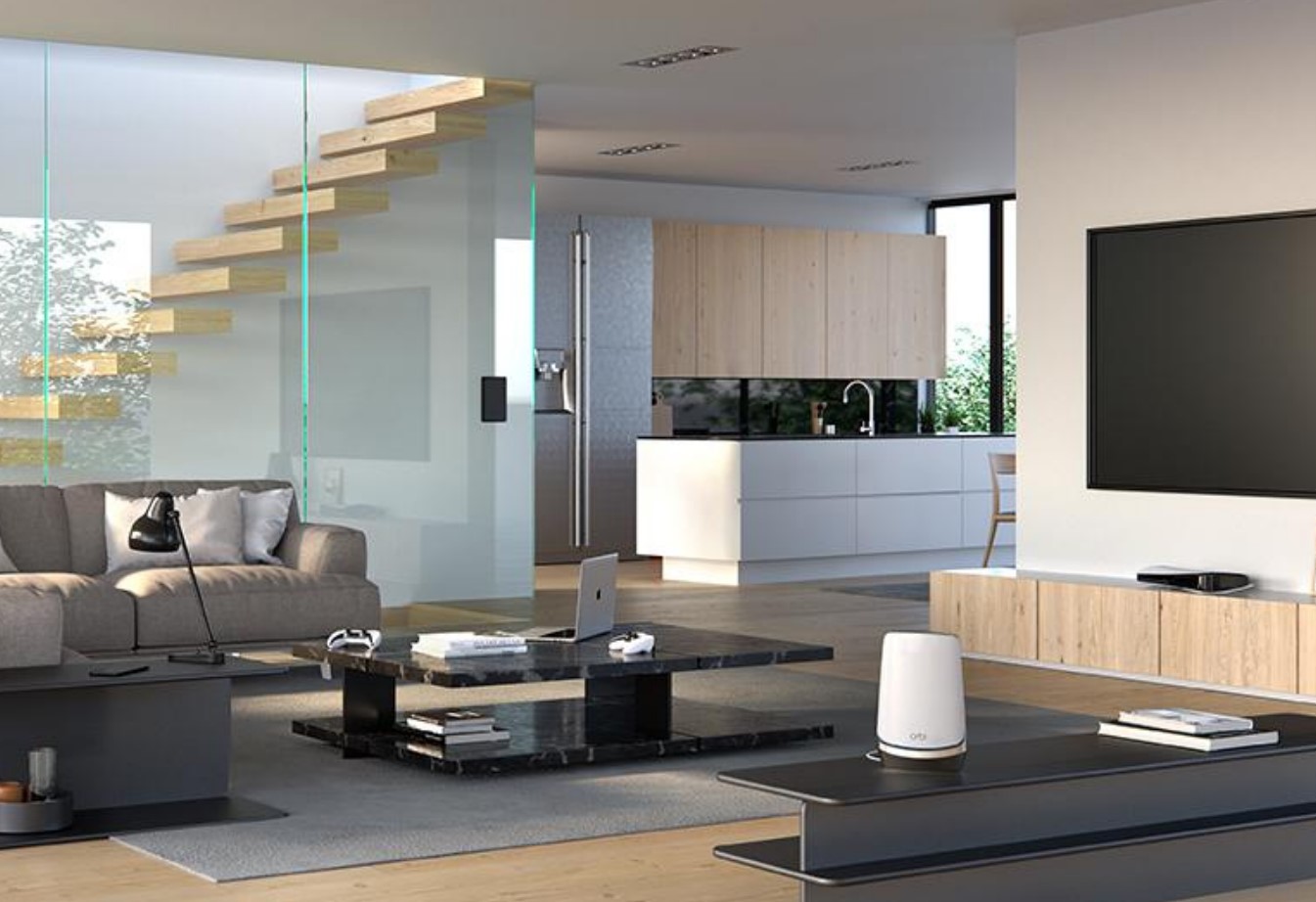 The Netgear ORBI 6E Quad-band Wi-Fi mesh is coming to Australia, but it won’t be for everyone at $2799 for a Mesh Router and two satellites.

Don’t get me wrong. If that is what it costs for perfect Wi-Fi through the home, then put me down for a dozen. This will cure poor Wi-Fi (read Fix Wi-Fi blackspots fast and often at no cost – guide).

Well, at least until Wi-Fi 7 and 7E comes along (read Wi-Fi 7 Networking is coming – should you wait?).

For now, we use Wi-Fi 6 and this new 6E (read Wi-Fi 6E AX 6Ghz now approved in Australia. What does that mean for you?).

The point is that almost every existing Wi-Fi router/mesh setup has unsolvable issues. The Netgear ORBI 6E Quad-band Wi-Fi mesh goes most of the way to solving them.

Three factors have radically altered our perception of ‘perfect’.

First, Internet traffic (US figures) has increased year-over-year by 38%  download (DL – sent to your router) and a massive 56% upload (UL – sent from your router) due to more people working from home, home-schooling, a massive increase in audio and video streaming, huge uptake of video calls (MS Teams, Google Duo etc.) and it is going to continue to exponentially grow with 4K and later 8K video streaming, augmented and virtual reality, and as more Apps expect to have decent internet bandwidth.

Second is the massive increase in the number of connected devices in the home. I currently have about 50 smart Internet of Things devices (smartphones; computers; printers; lights; security cameras; smart speakers; media streamers; monitors; air purifiers/conditioners/heaters; cooking appliances; washing appliances; smart toothbrushes; scales; robot cleaners, etc.). About a year ago, it was half the amount. Almost every new piece of high-tech now needs internet connectivity.

Third, we are working/playing from more areas in the home and need the speed everywhere.

So, what is the new perfect?

Australia has consumer grade NBN speeds, including 25Mbps, 50Mbps and 100Mbps download. Power users and businesses can get from 100Mbps to gigabit or more.

The router’s job is to share this among its connected devices on the home or business network. The better the router, the more efficiently it allocates those scarce resources. The more connected devices, the more processing power and home network Wi-Fi bandwidth the router needs

So perfect Wi-Fi means that you can get full NBN speed anywhere in the home. It also means you can get a strong Wi-Fi signal seamlessly (roaming) everywhere with no dropouts and black spots.

‘Everywhere’ has been redefined from every corner of the home, garage and outside around the pool or on balconies. Enter the need for Mesh.

Let’s get the price bit over. Note the retail product is in white – a black version is from Netgear online only.

How big a home?

Each router or satellite covers about a 280m2 circle of about a 20m diameter (remember, Wi-Fi transmits in a circle around the router). Wi-Fi dual-band 2.4/5GHz band has about a 20/10m reach in a typical home, which reduces every time it goes through walls, doors, cupboards, windows, ceilings etc. The closer to the outer edge of the circle, the weaker the signal strength is, and that may mean dropouts, lost data packets, buffering etc.

By placing a satellite inside the router’s 5GHz/10m reach, you can retransmit the signal a further 10m and so on.

Mesh can be in a star topology.

Or it can be in a daisy chain (linear connected)

<10m>satellite<10m>satellite<10M>router<10m> still covering 400m2, but there is about a 25% signal drop for each hop as the satellite has to use its backhaul to communicate with the next satellite and the previous one.

Or you can use Ethernet wired cable backhaul.

Orbi has a 2.5Gbps Ethernet WAN port to connect satellites to the router. This is vital in multi-story homes where the Wi-Fi signal cannot get through solid floors or extend to outbuildings.

Each router and satellite are quad-band

Each router and satellite transmits 16 streams

That is 4 x 4 on every Wi-Fi band, which means good solid, reliable signals to more devices.

These allow devices to be allocated to the best network. They do not interfere with each other – something we have needed for a long time.

The router has a 10GB WAN Port to allow for multi-gig NBN speeds in the future. It has a 2.5Gb LAN port for faster Ethernet backhaul or to connect a NAS or other high-speed device. Each device has three gigabit LAN ports as well. And its firmware is upgradeable if the bureaucrats allow it to use the entire 6Ghz band and its proper power levels.

Easy to set up, use and offers WPA3 encryption

Its App is easy to use and identifies most connected devices by name. Setup is easy. WPA3 encryption is for a more secure network, but it still supports older WPA2 like iPads etc.

This may or may not be attractive. Netgear Armour by BITDEFENDER – a subscription service that provides IoT protection, AV end-point for Windows, macOS and Android devices outside the home, a basic VPN and optional Parental controls. If you already have AV suites and IoT protection, it may pay to use Armour.

Joe and Jane Average are not Orbi’s target market. They will buy a far lower cost mesh router (read Crappy NBN FTTN Modem – here are a few better ones – guide).They will put up with some dropouts and black spots.

Orbi is for those who want it to work the first time, every time and provides the best possible Wi-Fi experience over the whole home and outside as well.

We have requested a review unit, but we don’t expect to see that until July 2022. So, if you are keen, keep looking for our objective and accurate review.