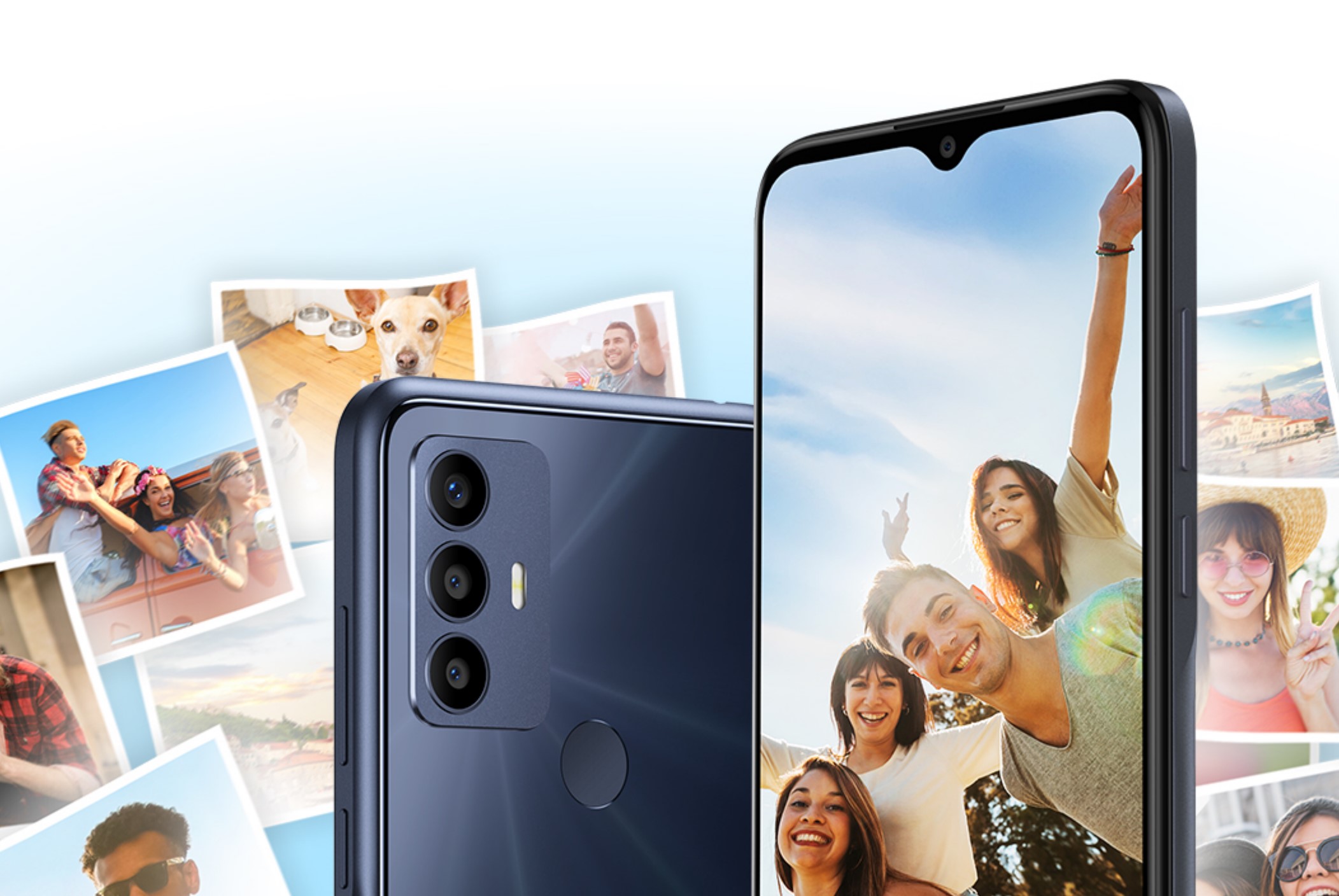 TCL Mobile (website and not to be confused with its TV and home appliances division) handles smartphones, tablets, and AR glasses. TCL also licences the Alcatel brand, although the former seems to have all but disappeared from Australia. In terms of market share, it has only been selling TCL branded phones here for the last three years. As a result, the lack of approved retail distribution (basically Harvey Norman and Officeworks) for the Australian certified models holds this brand back.

It is nice to see a smartphone maker maturing. It is a challenger brand, and our tests on the TCL 30SE and TCL 30+ (TCL 30+ – OLED screen and NFC at $399 (review) show generally acceptable performance and quality. You can compare both here.

It is now in two parts. As this is a low-cost device, we will do a brief summary and a separate 300+ line database-driven spec, including over 70 tests to back up the findings. It also helps us compare different phones and features.

Most section headings have FAIL (did not meet expected standards), PASS (all you can expect in that category) or EXCEED (better than you can expect).

Regrettably, there is a substantial grey market (see Don’t buy a grey market phone – guide), and you need to be ultra-careful if you want an Australian Consumer Law warranty.

The ‘H’ model is for Australia and must have the 2BIZAU12 (you will find this on the box. No box? It is grey market) after it and the RCM C-Tick under Settings>System>Regulatory and Safety. Other versions may not have all AU Telco bands and no NFC. Do not buy H or A versions.

Sorry, but there is nothing exciting about a typical glass slab smartphone as this format is the best way to deliver value, not innovation.

It has a flat glass front, flat glossy plastic back (fingerprint and grease magnet), tri-camera hump, the important 3.5mm jack on the top, and a dedicated dual sim and microSD slot (that is three simultaneously). The power button and volume rocker are on the right side, and the fingerprint sensor is on the back.

Outstanding features – the 2-year warranty is nice, but apart from that, it is one of many phones in the highly competitive upper-entry-level bracket.

TCL-owned CSOT (China Star Optoelectronics Technology) makes its LCD and OLED screens (as on the TCL 30+), and overall, the quality is quite good for the price bracket. It is quite bright at around 400 nits, and its NXTVISION adjustment App allows you to customise it to your tastes.

It is a 60Hz screen (fine for the price), but the colour accuracy is a little off, with colours appearing a little washed out. The screen suffers from a further loss of colour accuracy/saturation when viewed off-angle.

As with many MediaTek SoCs, we could not run some key GPU performance tests.

This is a slow processor made worse by the 4GB RAM and slow eMMC flash storage. We experienced many lags and stutters under load, but it is fit for purpose as a phone. The GPU struggles to play modern games (PUGB 22fps and GTA 5 18.1fps), but it is acceptable for less graphic-intensive ones. The AI for image post-processing is around 3 TOPS (the flagship processors are 28-30 TOPS), so its effect is limited.

Throttling was minimal at 10% over 15 minutes.

Summary: It is a two-cylinder, no turbo! Note that the TCL 30+ uses the MediaTek G37, which is about 20% faster – still not a powerhouse.

If there is one area, we are critical of, it is Wi-Fi 4 N single-band 2.4Ghz tops out at 78Mbps. To put this in perspective, a download takes six times as long as Wi-Fi 5 AC. What was TCL thinking by putting this in a $329 handset when everyone has Wi-Fi 5 AC at 433Mbps?

As it is not a Qualcomm SoC, it does not have aptX sound codecs, which means you are limited to SBC and AAC with 200+ms latency – too high for gamers.

GPS performance is adequate and accurate to <10 metres, but the phone takes a long time to find satellites and recalculate routes limiting its effectiveness for in-car navigation.

Phone – Pass with caveats – for capital city and suburbs only

As seems typical of MediaTek Helio SoCs, it could only find the nearest tower, albeit at a reasonable 1-3pW signal strength. It is a Pass for capital city users only.

We have had past issues with MediaTek SoCs with GFX Bench and Geekbench 5 performance testing software. We managed to run the Manhattan and T-Rex battery tests but obtained vastly different results over three runs.

We can confirm that it takes 4 hours and 44 minutes to charge at 5V/2A/10W (claim 3 hours 7 minutes) and will video loop for 18 hours and 44 minutes (excellent), but this is at odds with the results of the GFX Bench Tests, which are around 8-10 hours. Full load drain is 6 hours 31 minutes.

It is 15W charge capable and that reduces charge time to 3 hours 22 minutes (closer to TCL’s claim), but for the sake of a few cents, it should have come with a 15W charger and cable.

We expect it should last two days, but that largely depends on your use.

We don’t test mono phones because they focus on 1-4kHz for clear voice. This gets to 81dB, but hands-free has slightly low volume, and with one mic and no noise-cancelling, keep it close to your face.

TCL offers a 2-year warranty, so we would typically allocate Exceed here. But the chrome finish plastic frame looks cheap, it is pretty slippery in hand, and the lack of any IP Rating (when the competition has IP54 or X4) puts it behind.

You likely will not find third-party cases and screen protectors in-store, and you will need to go online to Alibaba or eBay to find some.

To be fair, this is a ‘sell and forget’ phone. While its 30+ sibling gets security patch updates to December 2023, the website is silent on this model. In any case, it is unlikely that it will get an OS update either.

I am not yet a fan of TCL UI 4.0X. It is a relatively light touch over Android, and there is no learning curve. But it has a set of TCL apps that double up on Google Apps, and the launcher keeps asking to let these have system permissions. Saying ‘no’ does not impede its operation, but you cannot delete these baked-in apps either.

There is a lot of bloatware – remove: Amazon Shopping, Booking.com, Facebook, LinkedIn, an Office suite (not Microsoft), and non-Google apps to clear up storage.

Our biggest gripe is single band 2.4Ghz Wi-Fi 4 N when most phones at this price have Wi-Fi 5 AC.

But the thing that is most missing is the power you need to do more with the phone. The SoC runs the phone well, but step outside that and MediaTek’s website description is just plain nonsense.

For example, the 50MP sensor cannot take images at that because the SoC only supports 13MP (12.5MP binned). Video cannot be compressed to H.265/HEVC – ditto. AI post-processing features are minimal because it simply does not have enough AI power.

So, if it is a phone you need, then all good.

The main issue with this camera is inconsistent results. We shoot a bracket of shots (using a tripod) and select the best for publication. Well, these shots are quite a long way off the TCL 30+ and well below comparably priced smartphones. As we said in the TCL 30+ review – TCL needs to work on the firmware.

In theory, it should be a decent 50+2+2MP camera setup as it uses the TCL 30+ camera setup. Of course, it has a lower-powered processor, so it only sees the 50MP sensor as 12.5MP and AI image post-processing is not as good.

In short, lower levels of AI means it needs reasonable light levels to get the best out of it.

CyberShack’s view – TCL 30SE is acceptable as a phone, but that is it

We objectively test phones and compare them to others in the same price bracket. We conclude that this phone is overpriced and performs under par.

It is not TCL’s fault that prices are askew – the volatile dollar, COVID supply, factory shutdowns and more all affect costs. But I do suspect we will see a price adjustment soon. 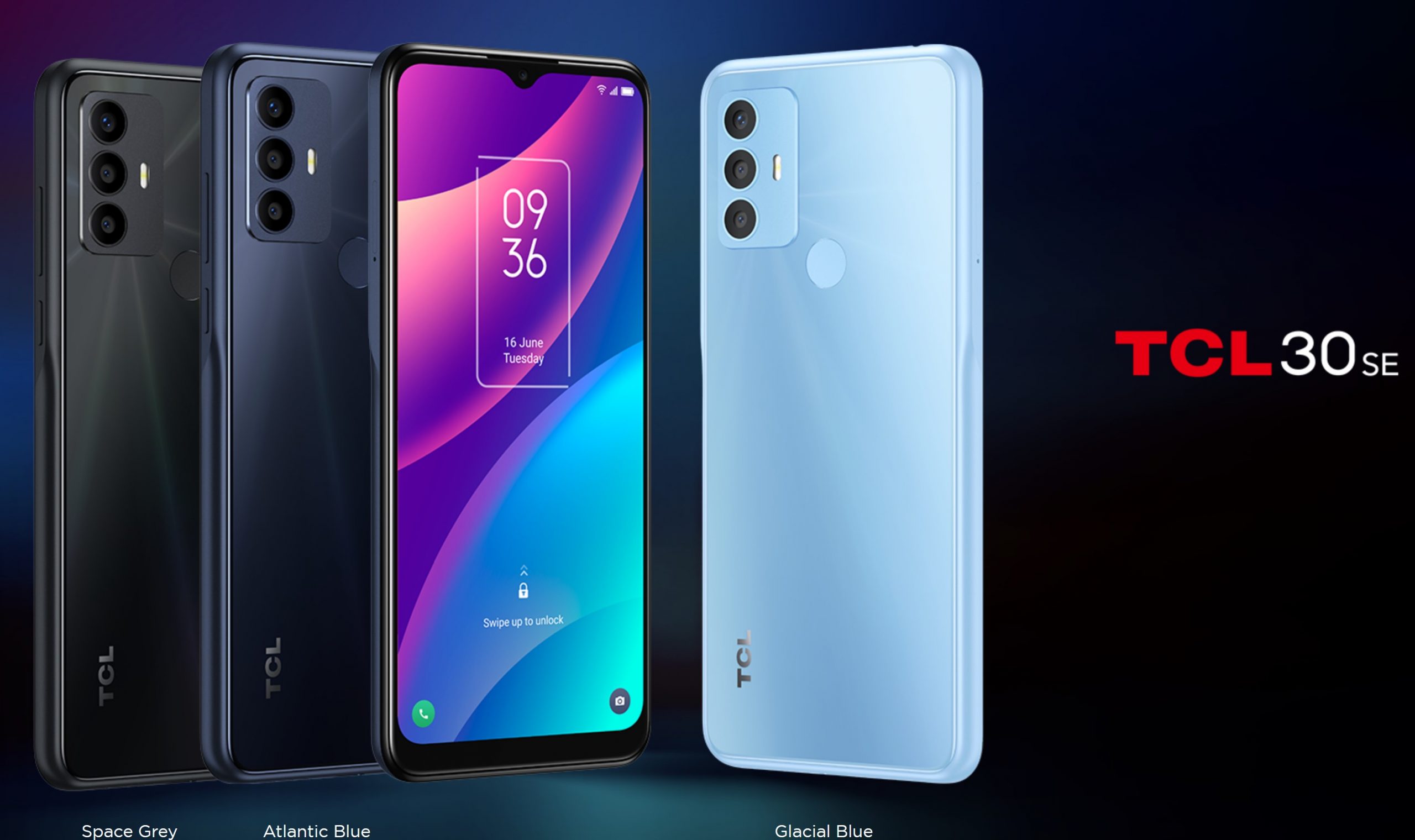