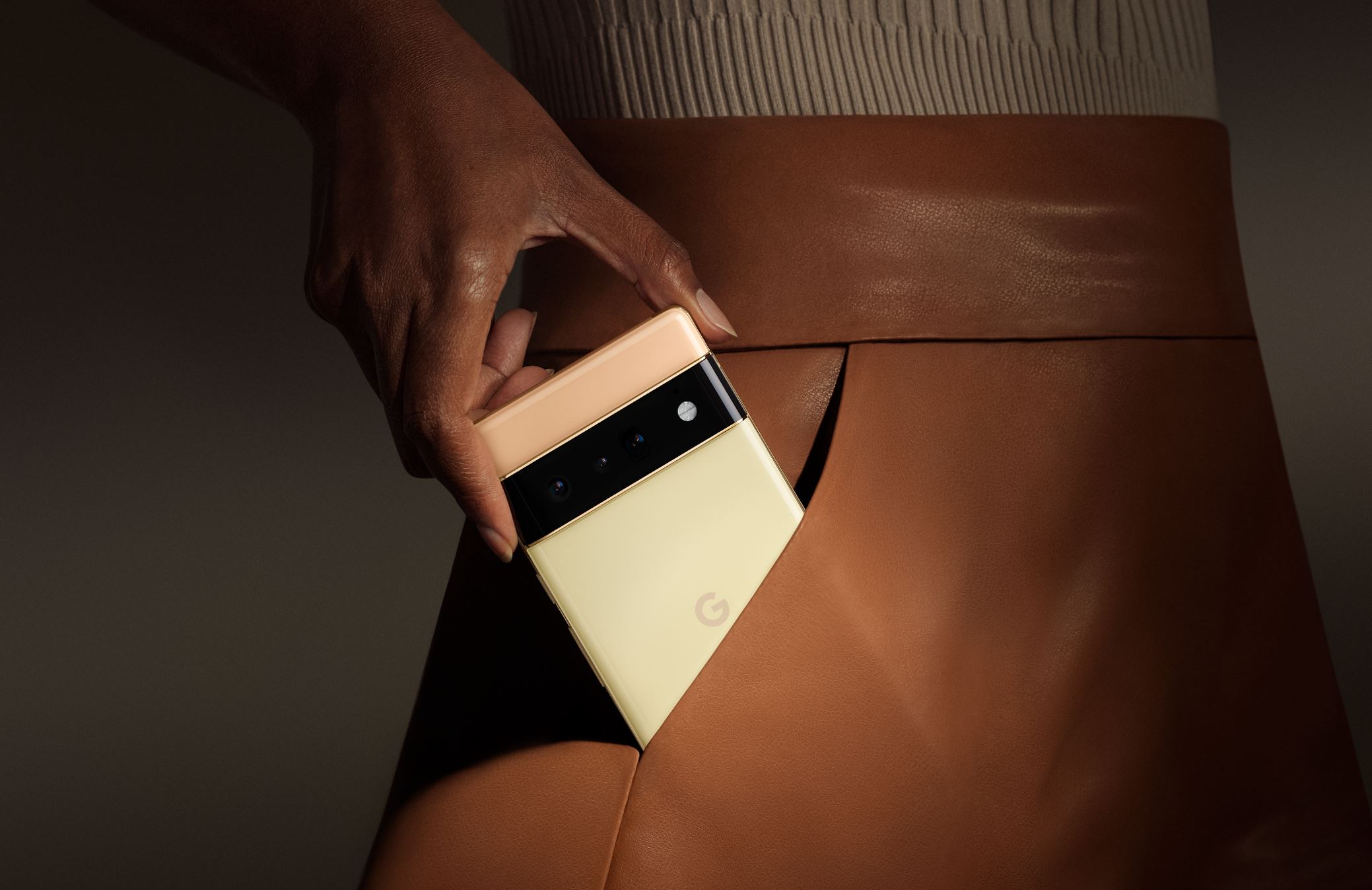 The Google Pixel 6 and 6 Pro are two of the most significant phones of 2021, and it is fitting that we revisit them both since their launch in October 2021.

Why? Well, two reasons. First, they are up there with the best, yet they did not receive the review scores they deserved at launch due to numerous early firmware issues.

Second, the firmware updates (December and January full of critical fixes) have addressed many of the known bugs, so we wanted to rerun many of our 70+ tests to see if the results were very different. Most are – in a positive way, and some are not.

So forget what you may have read in past reviews – it is almost a completely different phone. Is it better? Google still has a lot of work to do, and we are sure it will succeed!

We issue a strong warning that you must buy a genuine model with Australian firmware, specifically models GB7N6 and G8VOU.

It is easy to identify the Australian version – under Settings, About Phone, Regulatory Labels, there is an Australian RCM C-tick mark. There is also an RCM C-Tick on the box. They use unique Australian 5G sub-6Ghz and 5G low-band frequencies and require local activation first.

If you buy grey market

Our first impression at the October launch was “nice phones – shame about the bugs!” But we understood that these phones were vastly different to previous Pixels. And there may be bedding in issues. Why? Its Google Tensor System-on-a-Chip (SoC) needed widespread use to identify any problems, and Android 12 needed more work too. So we put the devices in the cupboard with a diary note to revisit them.

Cute names, design cues and colours – Kinda Coral, Sorta Seafoam. These are big phones at 207/210g (OPPO Find X3 Pro 193g and Galaxy S21 Ulta 229g). A prominent landscape camera bar houses a dual-LED flash and LDAF (laser detect auto-focus) sensor. When placed on a table, it does not rock and has raised edges to protect the lenses.

We will indicate 6 Pro differences in (brackets); if there is nothing, they are the same.

While our tests confirmed most specs, the Pro is noticeably brighter and more colour pure due to its use of LTPO OLED. But other brand flagships have 1.07 billion colour capability, so it is not class-leading. It also does not fully support Wide Colour Gamut – it is not 100% DCI-P3.

Processor – A tense moment for Tensor

The Google-designed Tensor Chip is based on a Samsung Exynos 2100 (the same as the Galaxy S21 series) using Samsung’s Exynos 5123 modem. It is heavily optimised for Google’s AI and ML (artificial intelligence and machine learning) mobile applications. These include speech recognition, language translations, computational photography, power efficiency, security and Google’s claim of up to 80% faster than Pixel 5.

The external storage (SSD or USB) will not return a test result, and this means it cannot be mounted as live storage, only for content moved from internal storage. If this is the case, it is useless to videographers and vLoggers.

The original throttle tests were unsatisfactory, and we suspect the new lower Geekbench scores are for better thermal management. The Pixel 6 had 20%-32% throttling, and the 6 Pro from 29-45%.

Comms – Wi-Fi 6E is fast with the right router

LTE and 5G – city phone only

While the results are relatively similar to launch (allowing for atmospheric variances), the poor result reflects the Samsung 5123 5G Modem (used in Samsung phones with the Exynos 2100 SoC). It simply does not have the same antenna signal strength as Qualcomm X55 and X60 modems. For example, the OPPO Find X3 Pro with the Qualcomm SD888 is for the city, suburbs, regional, and rural use.

Battery life is down

We reran the most important tests, and there was a significant difference – this time, not in the right direction. PC Mark Work 3 is a reasonable indication of a mix of general use. The Pixel 6 was down by three hours and the 6 Pro by four hours. We ran the tests three times with the same results.

The bottom line is that battery life is nowhere near the 48-hour claim. However, that is made based on ‘testing using a mix of talk, data, standby, and limited other default features in Extreme Battery Saver mode, which disables various features, including 5G’.

The maximum volume is a tad low but fit for purpose.

Note: Frequency response is from 20Hz to 20kHz

The sound signature verges on analytical (bass/mids recessed, treble boosted), which is crisp but overly harsh and unpleasant for most music. You can read more about How to tell if you have good music (sound signature is the key).

There is no EQ, pre-sets, or support for Dolby Atmos or other spatial music.

I understand that Foxconn makes these and assembles the Apple iPhone. Build quality is excellent.

Google calls the Android 12 UI ‘Material You’, which is chock full of themes and styles. You can retain the old three-button navigation if you wish.

Several exciting features revolve around voice and translation. You can voice type (Hey Google, Type) and send a message. It can live translate from a foreign language (Live Caption) or a camera image. It has 55 offline and 104 online languages. Or it can be an interpreter between two languages both ways.

A new Privacy dashboard helps you identify what apps have permissions and control them. A security hub offers all device security tools in one place. Emergency settings determine a car crash and can send an SOS.

DXOMARK has tested the Google Pixel 6 (here132) and Google Pixel 6 Pro (here 135), and on the whole, we agree with their very technical methodology. It is only a few points behind the iPhone 13 Pro Max (137), similar to the OPPO Find X3 Pro (131 )and considerably up on the Samsung Galaxy S21 Ultra (121) and Google Pixel 5 (120). We suggest reading the DXO Tests only if you are serious about buying the devices.

While both scored well, noise was evident in all shots and detail in low light was lacking. Again we concur, and the firmware updates have addressed this to a degree.

These sensors are not spectacular performers and must rely heavily on AI processing. In general, we found selfies to lack detail and were often out of focus if too close. When the shots were good, they were very good.

It uses an STVL53L1 Time-of-Flight (ToF), laser-ranging, miniature sensor with a range to 4m.

Laser focus shoots an infrared laser to calculate the distance between the object and the camera. It is very fast but has a maximum length of four metres; then PDAF kicks in.

Daylight, outdoors (Google Pixel 6 on left and 6 Pro on right)

Neither has a dedicated macro mode but can focus down to 10cm.

Bokeh is done via AI – there is no depth sensor

The camera app has a choice of video stabilisation: standard (light movement), locked (to the horizon), active (heavy movement) and cinematic pan (half speed).

The Pixel 6 takes up to 1080p@60fps, and the video is stable with accurate colours. The 6 Pro takes 4K@30fps, but it is not as stable, and the colours are not as vibrant. Both have 4X zoom.

Forgive me, Google, but the repeat tests don’t lie. The SoC has slowed down; battery life is shorter, and overall performance with Wi-Fi and phone signal strength is down too.

And that is before the hundreds of reported issues are addressed. Google, you still have a lot of work to do.

But the Throttling, USB-C limited implementation, no charger and narrow range of BT codecs knocks some of the gloss off. 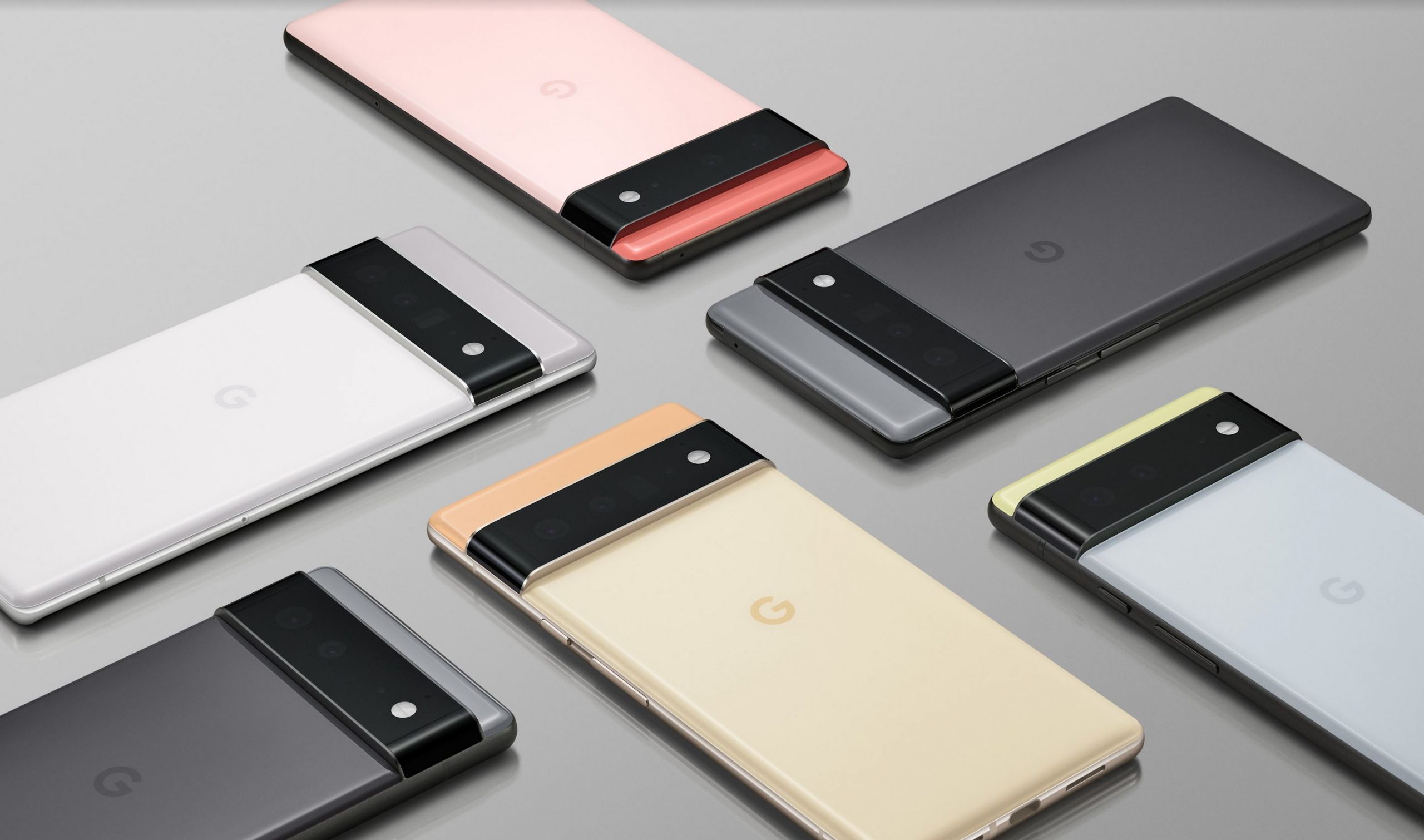