Confused about TV tech? That’s just what they want! (guide) 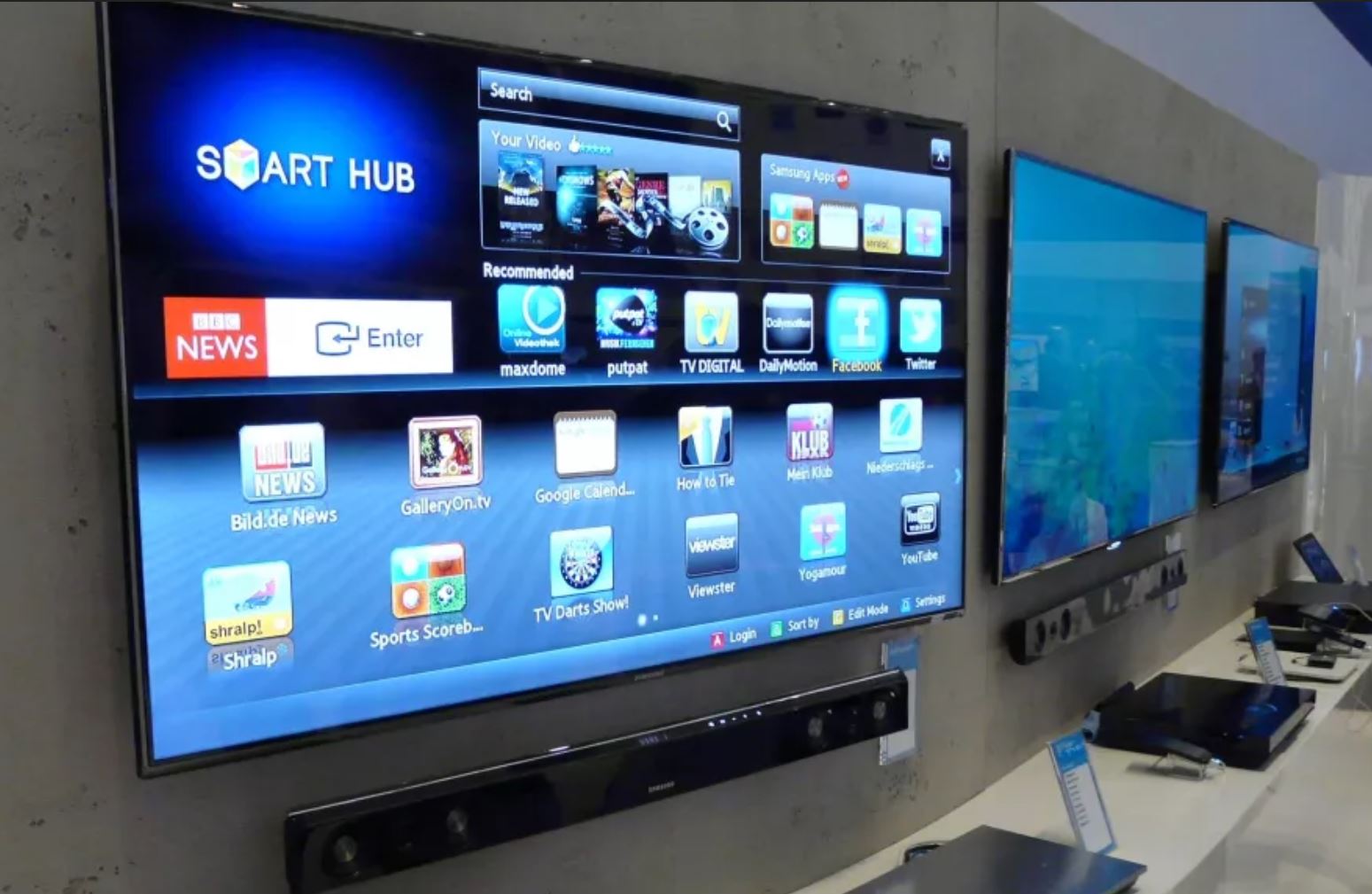 LCD, LED, QD, Mini-LED, Micro-LED, OLED, QD OLED, 4K, 8K, Laser… Confused about TV tech? Well, there are so many made-up terms and so much marketing hype to delight and confuse you that you can end up buying the wrong TV. We explain the differences and help you decide what is best for your needs. First, we need to define some terms.

Most people buy these brands on reputation and are willing to pay a premium for that. But these three brands only have a one-year warranty. We think that relying on Australian Consumer Law (See Why Australian Consumer Law warranties are vital for tech) for remedies after that devalues the brand’s value. And while you are at it check if the warranty is on-site (it is hard to take a big TV back to the Retailer) or have any obvious exclusions.

We are impressed with the quality and value these challenger brands provide, not to mention the longer warranty. Are they as good as the Mainstream brands? Apples for Apples, e.g., similar technologies and comparative models, there is not a lot between them and mainstream brands.

Most use existing designs from a small group of Chinese ODM (original design manufacturers) and panels from about five Chinese makers. There is little between them. Here warranties vary – some offer 2-years but these TVs are made to a price and generally last 3-5 years.

Our advice here is not to be a brand snob – select the TV that suits your needs.

Regardless of all the marketing hype, there are only two TV technologies – so unless it says OLED it using older LCD technology.

LCD means Liquid Crystal Display, and it uses one of the light sources below. Essentially the light shines through the LCD ‘gate’ that controls on (open) or off (closed) and then colour filters. LCD suffers from light bleed from adjacent gates (ghosting of light images). It can never achieve true black as OLED can so it has a lower contrast ratio.

It is cheap to make, but this old technology and being pushed to its limits with the new Mini-LED backlights.

LCD Backlight variants (in order of lowest to highest cost)

QD is the best LCD tech you can get, but it is still not a competitor to OLED for image quality and 100% blacks (contrast).

OLED has superior images to LED, but it is not quite as bright, so it is best where you can control ambient light.

If you want the best look at LG or Sony OLED that use Gen 9 or later panels. Most Chinese OLED panels are generally Gen 4-6, so OLED quality can vary.

It uses a blue OLED backlight (self-emissive) for 100% dimming zones and pure blacks (off). It overlays a QD layer (instead of a colour filter layer) that is excited to produce red, green, blue and almost every colour or tone in between. So, it is similar to an OLED backlight with QD colours. These panels are far more costly to make, and LG OLED is also getting better with brighter panels so it is more about marketing hype.

It is not yet a commercial technology, but millions of individually controllable RGB micro-LEDs produce the image without the need for LCD gates. Damned expensive!

We won’t go into detail, but Laser TV projection is not for you unless you invest in a media room. At this stage, there are a few too many compromises for daily use. Remember there are many different types of laser.

Confused about TV tech? Stuff you may consider if you are not buying on price

Most free-to-air TV is Standard Dynamic Range (SDR), meaning even the lowest-cost TVs can display 16.7 million colours. It has <400 nits peak brightness and no processing to highlight dark areas and show detail in bright areas.

HDR content needs an encoded metadata stream encoded to use HDR or above.

Static HDR has 16.7 million colours and is the next level above SDR. It means the TV panel has sufficient brightness (400 nits peak) and contrast to show some highlights.

Dynamic HDR10 (HLG) has 1.07 billion colours and uses metadata at the beginning of a movie that tells the TV what to expect. Settings do not change during the movie.

HDR10+ has 1 billion colours and is Samsung’s proprietary tech. It uses dynamic metadata to adjust picture images on a frame-by-frame basis. The new HDR10+ Adaptive has an ambient light sensor to adjust to room lighting. Note that Samsung does not support Dolby Vision but downmixes it to the vastly inferior HDR10.

Dolby Vision (DV) is capable of 12-bit 68.7 billion colours (not yet available in a TV, so it down-samples to 10-bit 1.07 billion colours). It implements its metadata on a scene-by-scene or frame-by-frame basis, and it needs at least 1000 nit peak brightness. The new DV IQ means it has an ambient light sensor and can adjust the brightness to room conditions.

IMAX Enhanced is just another HDR version and has DTS audio, and it has minimal content.

Dolby Atmos (DA) sound comes with DV content, and it has multiple sound channels and 3D height channels. If a TV has a DA decoder, the sound metadata downmixes to the TV’s speakers (usually 2.0 or 3.0) or pass-through to a DA decoder soundbar. See ‘Do I need a soundbar?’ later.

DCI-P3 colour gamut is a standard developed by Hollywood movies producers. It uses about 45.5% of the available colour spectrum. The best OLED and QLED panels achieve about 95-99% of this and earn the Ultra HD Alliance (UHDA), Ultra HD Premium certification. OLED  wins because it has pure blacks and whites.

Motion blur is the softening of the image when an object, or the entire screen, is in motion, and it is often called the soap opera effect.

Australian SDR TV transmits at 24/50Hz, and US TV is 30/60Hz. No matter – manufacturers use the US terminology as it sounds higher.

Cheap TVs use black frame insertion (BFI) to call a 60Hz panel 120Hz, and some use two/three BFIs and claim 180/240Hz. Not good – turn it off except where the content can accommodate it.

Better TVs start with a more expensive 100/120Hz panel and use frame interpolation (AI) to estimate the frame insertion content using the last frame and the next. These are wrongly called 200/240Hz.

These TVs will also have a dedicated Game Console Mode. As far as we can tell, only LG 2021 C and G-series OLED, Mini-LED (QNED) and some higher-end LG NanoCell TVs do this. Samsung is adding a gaming hub to its Mini-LED QD TVs. Most good 2022 TVs will have at least one HDMI 2.1 port.

Samsung’s The Frame (Edge-lit QLED/LCD) can display art from various art galleries for a monthly subscription cost, and LG also offers a similar service. Most can use your photos and images for free as a screen saver, and some have a clock and weather. Unless you need this feature, you can do better with other TVs.

You need an NBN speed plan to cater to your needs. But if you are using Wi-Fi to the TV, it may not steam well from the router. We recommend using a full-duplex Ethernet cable to connect your smart TV to the router as it will get preference over Wi-Fi connections.

Do you need Bluetooth, AV-In, Digital out, USB and more?

Assume most TVs have this. But they are not reasons to buy. Bluetooth is for a keyboard and mouse or headphones. USB usually has too low a voltage to power modern external SSD or Chromecast devices. Digital out is for a soundbar, but HDMI ARC/eARC is best.

Confused about TV tech? What to buy?

#1 The best TV is the one you can afford

If all you have is $500, the decision is solely about screen Size. Look for Google (Android TV operating system) as it has the largest number of streaming apps. Why? Because most generics come from a handful of Chinese factories, all using the same panels and tech. It is just the operating system, brand sticker, and packaging that changes.

If you have $700 ditto on Android TV, you will find brands like TCL and Blaupunkt with entry-level 55-60” offerings.

If you have $1000, you will start to see TCL (Google TV for 2022 models), Hisense (VIDAA TV) and entry-level models of Sony (Google TV), Samsung (Tizen) and LG (WebOS). Make sure the streaming services your want are there – many TV operating systems don’t have Kayo, Binge etc.

If you have more budget, you can shop on features like HDR/Dolby, and more.

Rule #1 – all lower-cost TVs use Edge-lit, LED/LCD and do not support Dolby Vision/Atmos content. They all use very similar components so look for Android TV OS and the best warranty. Never buy so-called extended shop warranties – Australian Consumer Law covers your rights. TV life – expect two to five years as low-cost electronics have a use-by date.

Larger LCD and OLED panels are getting cheaper to make, so prices are falling. You can also sit closer to a 4K (or even closer to an 8K) than the old 1080p, so bigger makes sense.

Above $8,000, you start to see larger mini-LED and OLED and smaller 8K screens.

The bulk of free-to-air TV and streaming will be SDR or HDR and in 2.0 or up to 5.1 sound format. So HDR, yes. A DA soundbar will not create height channels, so a 3.1 to 5.1 surround soundbar is all you need.

Rule #4 – If you want the best TV experience and have DV/DA content (pay extra for Netflix 4K or use 4K Blu-ray movies), then yes, it is nice to get a DV/DA TV as these have the best processors, backlights, upscaling and power to make an average TV image sing even with SDR content.

Yes, absolutely. TV sound is passable but generally has Left/Right 2.0 stereo speakers that don’t have the dynamic range to hear low/mid-bass and mid/high-treble.

Even a low-cost 2.1 (Left/right/subwoofer) will make a huge difference. You will feel the bass (not necessarily room-shaking) and have a low-treble range up to 10khz, so you get sound directionality.

A 3.1 adds a clear dialogue centre channel for 1-4khz and is great for spoken word.

A 5.1 has left/centre/right sound and left/right angled speakers for surround.

Most will bench mount at around 80cm off the ground. That means when you sit in a chair, the dead centre of the screen should be at eye height.

If you wall mount, be careful not to place it much higher because the more you view off-angle, the more colours are washed out. OLED is a lot more forgiving for off-angle viewing.

Also, you won’t want to have the antenna, power, HDMI or other cables hanging down from the TV so look for ways to disguise them. The easy and relatively low-cost answer is to get a plasterer to place a sheet of painted plasterboard on 50mm timber studs on the existing wall to create a false wall that you can run all the cables behind.

Note that wall mounting can deaden some TVs sound if they have rear-firing speakers. You may need a soundbar.

Rule #6 – look for VESA mounting if you intend to wall mount.

You can go mad trying to compare TVs, so we do it for you.

Given COVID related component shortages and factory closures, we don’t expect to see a lot of 2022 models before H2. 2022.