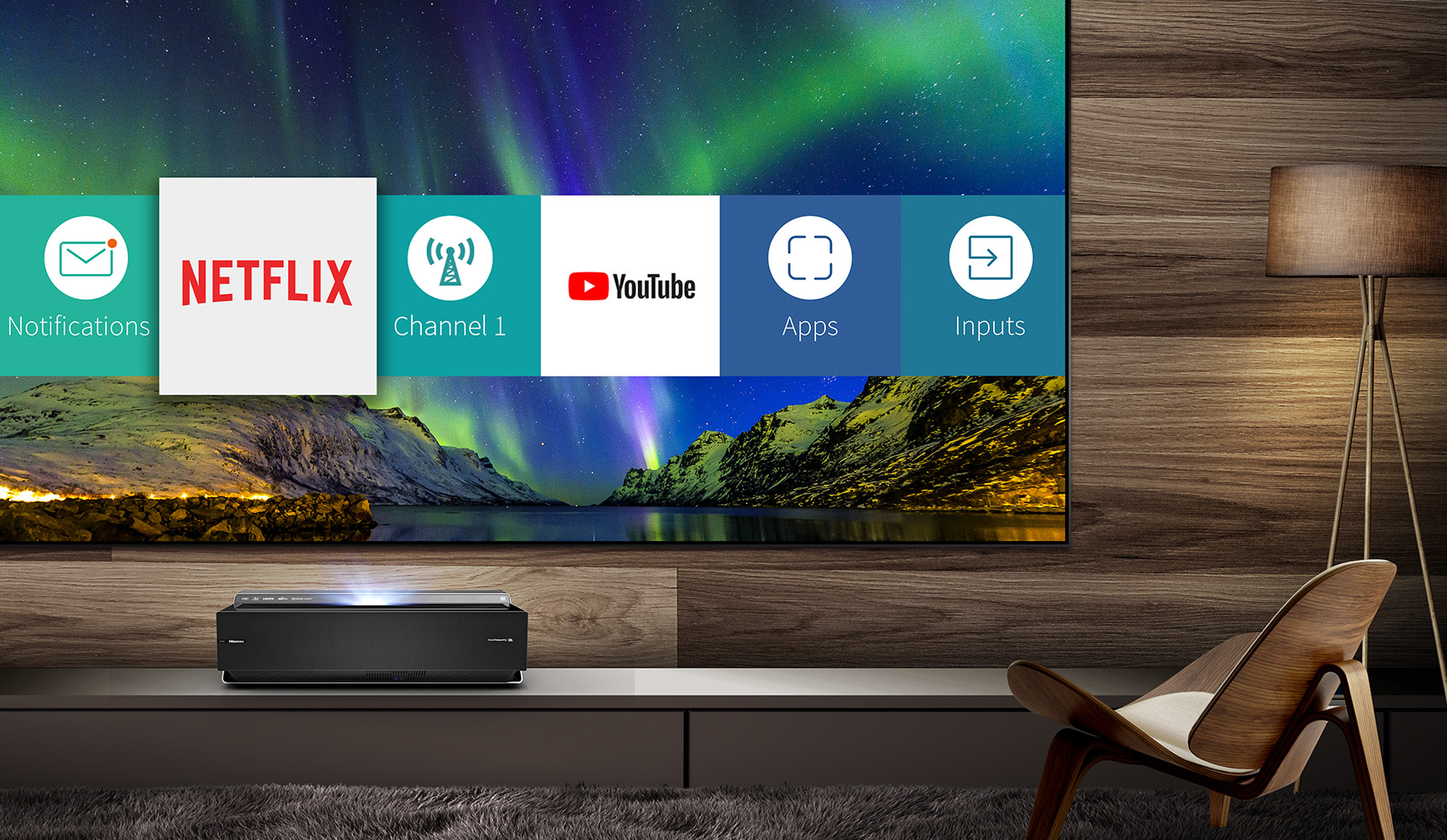 Hisense has announced the pricing and release date of its huge flagship TV that was initially announced at CES.

The new Hisense 100RXL is a 100-inch, 4K laser TV that operates similarly to a projector, but without the usual downsides, and even a few advantages over conventional backlit TVs.

The projector section of the TV can output its image as little as 20 to 30 centimeters away from the wall it’s projecting onto. The anti-reflective surface of the included projector screen means you won’t suffer from the typical glare issues that conventional TVs can suffer from.

The projector technology also promises better eye-care properties; a conventional LCD display of this size would have a comfortable viewing distance of 9 meters, while the 100RXL should be comfortable to watch at around half that distance. Hisense promises that despite using projector technology, you won’t need a specially darkened room for viewing.

Unlike many projector systems, Hisense’s 100RXL includes a built-in TV tuner and streaming apps like Netflix and Stan. It also comes with two speakers and a wireless subwoofer for high quality audio out of the box.

Major electronics retailers will stock the 100RXL locally starting next week for $19,999. To help stomach the price, free delivery and installation is included.

Previous Post HTC’s Vive Cosmos VR headset will be available next Friday
Next Post Build Your Smart Home with Qantas Loyalty and Control it Anywhere, even in the air!