CES 2015: D-Link’s tri-band router looks like it will eat your children, smother you in WiFi 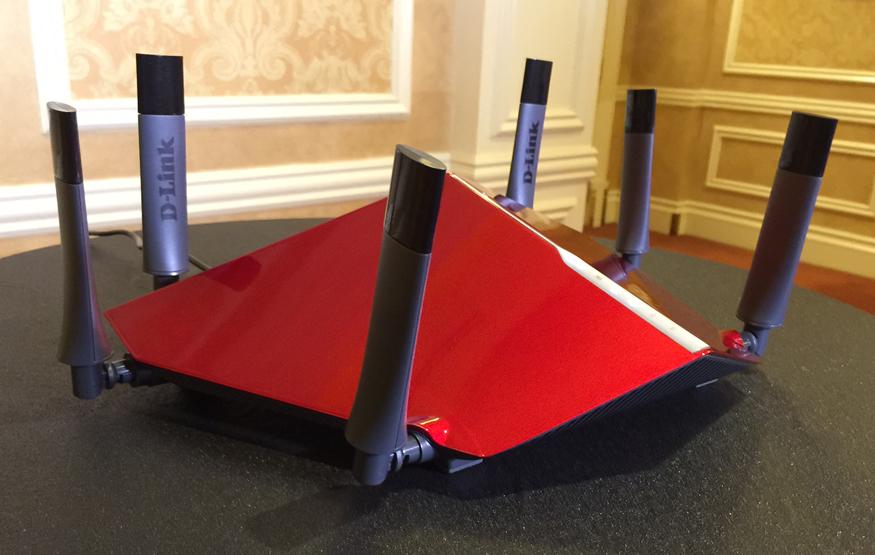 D-Link at CES 2015 introduced the DIR-890L Wireless AC3200 Tri-Band router. As with the Netgear Nighthawk X6, the D-Link DIR-890L features the addition of a second 5Ghz wireless band in addition to the standard 2.4Ghz band and 5Ghz band found on the majority of modern wireless routers. Both 5Ghz bands are rated at 1300 megabits per second in terms of transfer speed, while the 2.4Ghz band clocks in at 600 megabits per second. According to Gil Ines, D-Link's Senior Manager for Consumer Product Marketing, this allows the DIR-890L to support up to 15 high bandwidth devices actively using the network at once.

Ines explained that the DIR-890L was designed for the gamer and enthusiast market, characterised by the somewhat left-of-centre, alien-like design. "It's made for someone looking for a really high performance router," said Ines. He quipped that he could see some users using the router as a centrepiece in their homes, but suggested that his wife probably wouldn't be a fan of it.

The DIR-890L will retail for AUD$399.95, is currently available for pre-order directly from D-Link and will begin shipping in February.