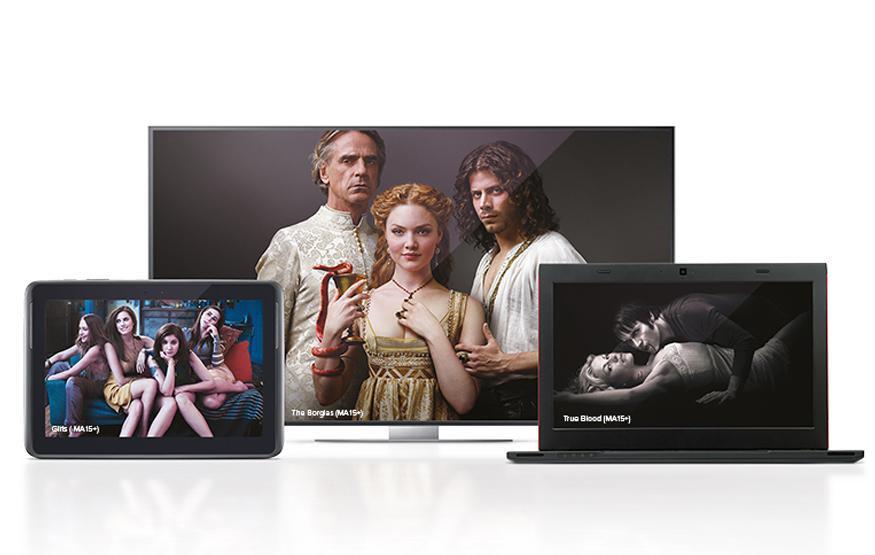 Foxtel today launched its Presto TV video-on-demand streaming service, a companion to its existing Presto Movies offering. Presto TV and Presto Movies are each billed at AUD$9.99 per month with no lock-in contract, but can be bundled together as Presto Entertainment for AUD$14.99. Presto TV was first announced in December 2014 as a joint-venture between Foxtel and Seven West Media.

The service's launch line up is dominated by HBO productions such as Girls, True Blood, Deadwood, The Wire, and The Sopranos. Game of Thrones is not currently one of the HBO titles the service offers. Other launch titles include The Borgias, Californication, Frasier and Packed to the Rafters.

The Presto Entertainment service is compatible with PC, Mac, iOS and select Android devices, but Android customers are not currently able to stream TV programmes via their smartphones and tablets. Foxtel states that this will be amended "soon".

Competing streaming services Stan and Netflix are also scheduled launch in this quarter, slated for a February and March launch respectively. Both services will offer high definition streaming, and are expected to have a similar price – around AUD$10 per month – but neither company has formally confirmed this.

Previous Post CES 2015: D-Link’s tri-band router looks like it will eat your children, smother you in WiFi
Next Post Australian Review: HP Stream 11 – The best laptop under $1000 only costs $300