Made in China 2025 – a policy with intended consequences (opinion) 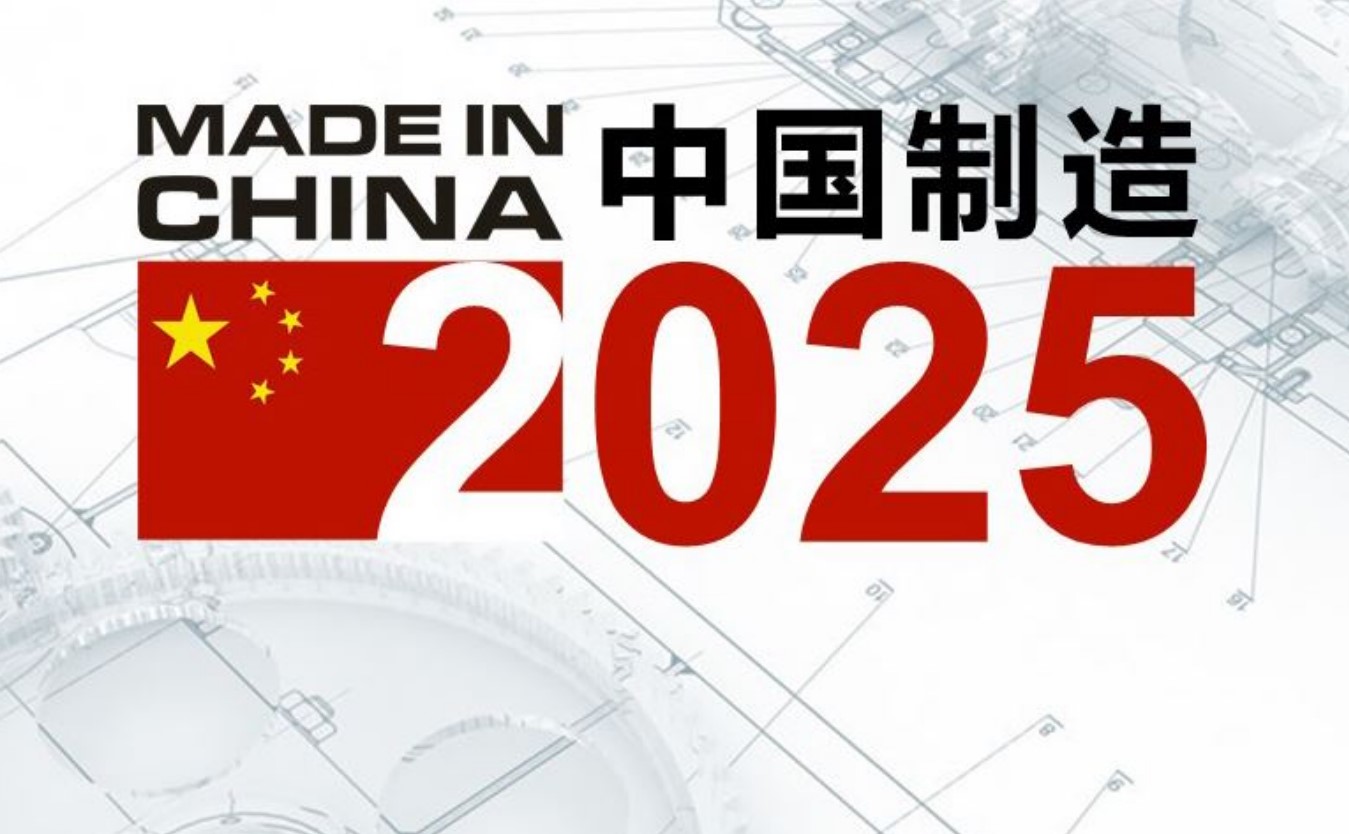 In 2019, China announced a Made in China 2025 policy that would see all tech made and used in China use Chinese-developed intellectual property and Chinese-made components. In short no reliance on Western technology or components.

Made in China 2025 (MIC 2025 Wiki here) stated the goal was to stop being the cheap labour force for western goods and to put Chinese brands on the same global footing. The less obvious agenda was that China had six years to, by any means necessary, beg, borrow, steal, or develop enough IP and manufacturing capacity to weather any future global sanctions it may incur.

China uses the terms ‘indigenous innovation’ and ‘self-sufficiency’ and will not allow foreign investment in high tech industries. Where it does, it mandates technology transfer to the State. MIC 2025 was the catalyst for the US-China trade and tariff wars.

Since then, China’s IP stocks have skyrocketed; its barely embryonic semi-conductor design and fabrication industry born; and its display panel industry blooming, making everything from smartphone screens to LCD/mini-LED and OLED TV and display screens. It is well on its way to achieving the 3-5-2 mandate (30% Western replacement by 2021, 50% in 2022 and the remainder – 20% – gone by 2023).

And it does not stop there. Cars, robots, AI and more are part of the plan.

Is Chinese IP and tech as good as western products?

Common logic is that it takes a long time (not six years from the mandate) to get IP right, build stable manufacturing processes and rigorously apply QA 6-sigma standards. There have been many media reports of IP theft, reverse engineering and copying of Western tech to accelerate that process.

It is fair to say that, for example, South Korean company LG’s 10th gen OLED is several quality and performance steps above the more recent Chinese designed and made OLED. But China will catch up quickly. In the interim, Chinese panels are cheaper than LG’s panels (some of which are Chinese-made).

China’s chip manufacturing using western made fabrication machines is transitioning as the US trade wars have stopped technology exports. The Zhaoxin KaiXian x86 CPU was a real dog of a chip in 2014 – overheating, faulty calculations, and short life. Since 2020, its use of the (Western developed) FinFET process has seen it turn out reliable but boring x86 chips. The bottom line is the Shanghai Municipal Government joint-venture with VIA circumvented the patent-protected x86 instruction set and licensing agreements. It has since managed to produce a 7nm chip with DDR5 and PCIe 4.0 support. That puts it at the same level as AMD Ryzen and 11th Gen Intel. In fact, another fabricator Dyhana produces a very similar chip to AMD’s Zen designs.

But the West is so reliant on Chinese-manufactured goods that such sanctions could lead to an economic meltdown here.

China’s Central Government Agencies and state-backed corporations must replace all remaining foreign-branded personal computers and smartphones with domestic alternatives by the end of next year (2023).

The PC front affects Acer, Apple, ASUS, Dell, HP, Microsoft, MSI, Gigabyte, and many more, leaving Lenovo the leading supplier. Oh, and Western software like Microsoft Windows and Office must go. Instead, it must be a state-developed and sanctioned Linux fork OS. It is also pushing NJStar, a cloud-based Office-like (quote: ‘some degree of similarity with MS office interface’ ) productivity suite allowing covert Government interception and keyword recognition.

Huawei will get the lion’s share on the smartphone front using its HiSilicon semi-conductors and Harmony OS (an Android fork). We understand that Lenovo (which owns Motorola) and state-owned TCL will also produce China-specific niche market models with Harmony OS.

First, (and tech media have confirmed this), they must have a State-approved OS, preferably using Harmony OS. That is not too hard for Android devices. Motorola et al., have developed user interfaces like My UX, ColorOS, Oxygen OS etc., that can work over any Android fork base.

Apple will have to comply by making iOS a state-sanctioned OS or using it as a UI over one.

China has 1.5 billion people (about 20% of the world’s population) and a vast middle-class with disposable income. That is a massive market – the 1000lb gorilla dictates what we in the West will be using.

PC and smartphone makers that want to address that market will have to assemble there using Chinese IP and components. There are two problems with that. First, the Chinese State works on the principle of rewarding the behaviour it endorses with social credit. If it says buy Huawei or Lenovo, then that is what you buy (and you don’t want to get offside).

Second, Chinese IP and components are not what the rest of the world wants. Look at how Huawei has gone from hero to zero as one of the world’s biggest smartphone makers. The West relies on Google Android – it does not want Harmony OS.

It demands Intel, AMD, Qualcomm, TSMC, Samsung silicon, Sony sensors, Google Android, and Windows operating systems – any tech with its roots in the US or European development.

Then throw Russia (150 million) into the Made in China 2025 equation. We may see it using MIC goods as the rest of the world imposes heavy finance and import/export sanctions over its invasion of Ukraine.

In a nutshell, Western-owned tech companies will quickly lose up to 20% of their market share. And that must hurt. Just as it did when Netflix cut lose 1 million Russian subscribers. Its revenue reduction contributed to its share price tanking.

There are some excellent Chinese companies – what do these do?

The solution is to develop two product lines – one for Chinese consumption and one for export. But given the potential China/Taiwan/Hong Kong tensions, goods made in China could face similar sanctions to Russia.

The longer-term (fast becoming critical) solution is for these companies to move export production to countries outside China. That is not easy or cheap. If they don’t, as a recent Telsyte study found, between 15-20% of Aussies now won’t buy Chinese-made if there is an alternative, even at a dearer price.

One such company that can be named is OPPO. It already has a massive factory in India and is acing it there with its A-series and Reno sub-brands. OPPO also make OnePlus which has a reasonably strong following in the US. It is seriously looking at production in South America, Malaysia or Vietnam.

Motorola (owned by China’s Lenovo) has strong US and South American sales and factories in China, Brazil, and Argentina. It had a Forth Worth, Texas, US factory that closed. It was too expensive to make smartphones there, but that may be back on the drawing board.

Apple is invariably tied to its Foxconn ‘Phone City’ in Zhengzhou, China. There is mounting US pressure to bring its production back for the local and export markets.

Whatever happens, if the China/Taiwan/Hong Kong and now Solomon Islands fronts escalate, the West will be more affected than China, which has been preparing for this for a very long time.

To Joe and Jane Average there are two outcomes.

First, is the status quo where Chinese tech goods complete the MIC 2025 mandate. Whether we buy them will depend on whether they meet our usage and privacy needs.

Or second, the ultimate escalation of trade, economic and diplomatic sanctions between the West and China will have immediate and far-reaching effects. No more goods from China is just the start.

At worst, we will have no imports from China and no exports back. Fortunately dollar-wise, we export more to it than we import. That means Chinese assembled tech (about 90%), household appliances and entertainment devices will simply dry up. It also means that any company using Chinese tech like cloud storage will have to move it to non-sanctioned countries.

Some of our biggest exports – tertiary education and tourism – will again be mainly for the West and the Aussies.

It means a massive reduction in export revenue and taxes from iron ore, coal, gas, precious metals, lithium, uranium, fresh meat and vegetable exports. Not to mention the existing Chinese imposed sanctions against Australian wheat, barley, wine, meat, seafood, cotton, timber, and more that could have potentially decimated these industries if not for the quick action of the Federal Government and Producers’ organisations leveraging relationships with other countries and finding new export markets.

At best, companies that manufacture outside China will do their best to supply the massive hole left. Still, it could take years, if not decades, to get back to normal.

And you know the worst thing? We may have little say. The decision to escalate sanctions against China will be made by global powers outside Australia. It will take a steady, seasoned and highly diplomatic hand to get the best outcome for our economy/citizens.