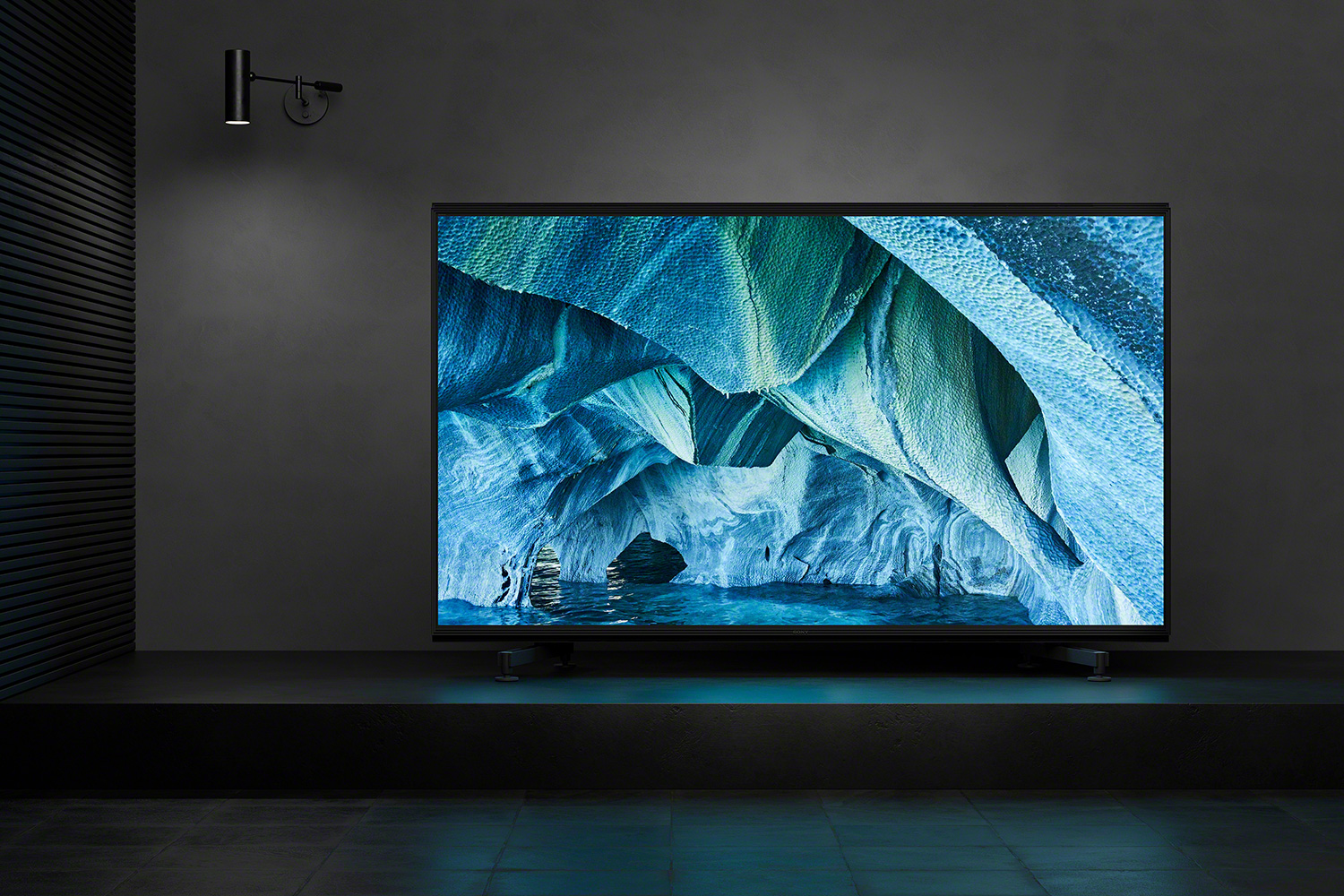 Sony’s 2019 television lineup is all about bigger displays and higher resolution, with 85-inch models available in several series. The flagship Z9G model offers 8K resolution, which seems to be the theme of CES’ television showings.

The Master Series Z9G 85-inch model features 8K resolution with an upscaling processor to enhance lower resolution content. The TV also features four speakers and a mode which allows the TV to become the centre speaker in a home theater setup.

The Master Series A9G model features 4K resolution with OLED technology is offered in 77-inch, 65-inch and 55-inch models with a slim form factor.  The centre speaker mode from the flagship model is also available on the A9G.

Both models run Sony’s Android TV operating system supporting Google Assistant. Two microphones are located on the TV and one in the remote that allows users to interact with Google Assistant to find content and play it. A few viewing mode presets are also included, with a “Netflix Calibrated Mode” for an enhanced streaming experience.

A few lower end models are also available, including the A8G series, X9500G series and X8500G series, ranging in sizes from 85-inches to 55-inches. All of these models support 4K resolution with a new image processor and Android TV with Google Assistant. Sony’s 2019 Android TVs also support Apple AirPlay 2 and HomeKit, for easy streaming from Apple devices.

The flagship Z9G model is launching in the second half of this year, while the A9G is expected for August to September. The A8G, X9500G and X8500G series models are launching from May to July. Local pricing is yet to be confirmed.