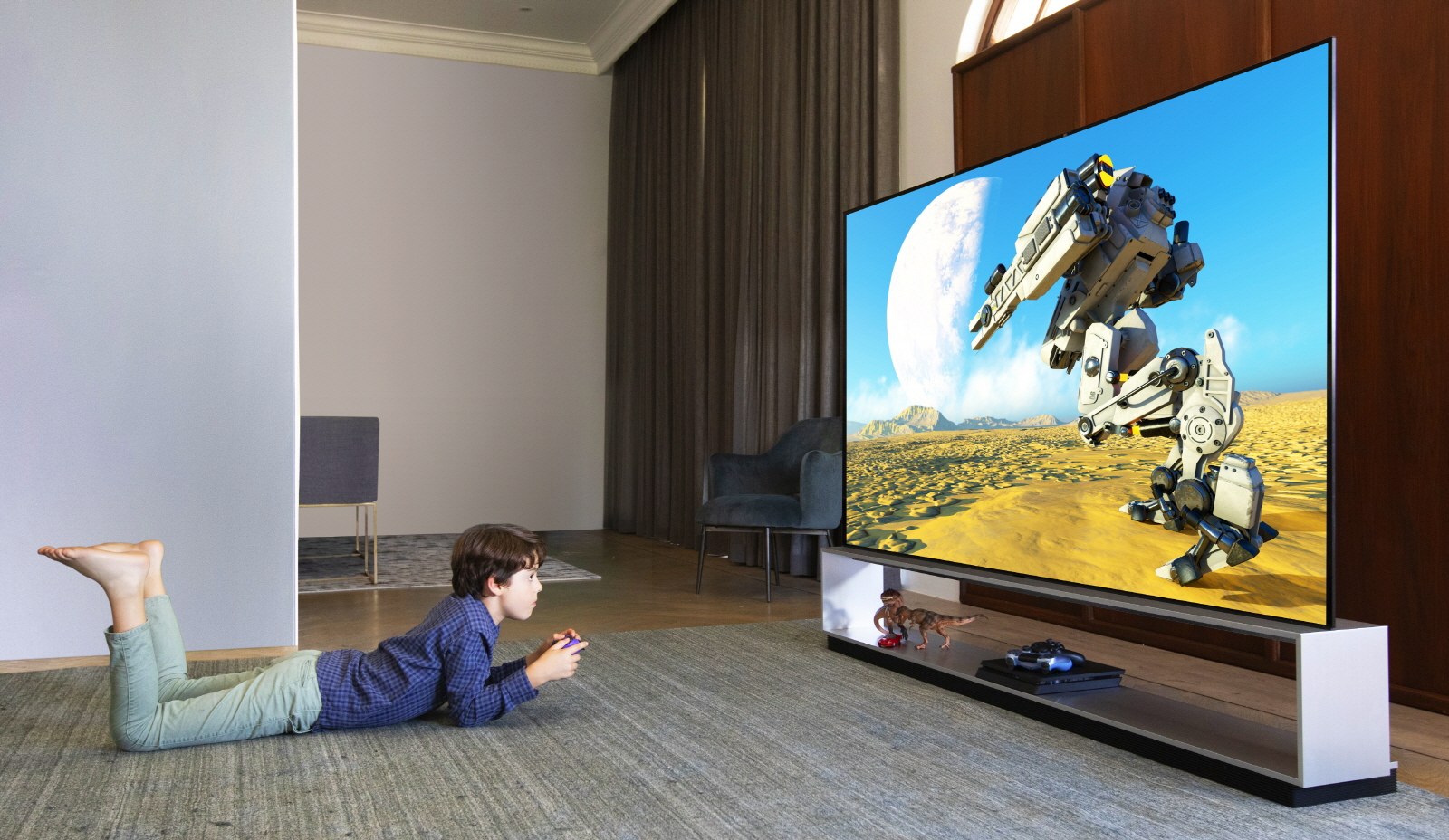 For the past few years, LG has been doubling down on its OLED technology that provides some of the highest image quality on the market today. This year, LG is focusing on elegant frames that allow your TV to moonlight as a painting when it’s not in use.

The ‘gallery series’ OLED TVs are able to mount flush against a wall without a separate box for inputs and electronics.

Other news from LG includes a smaller OLED panel for those of us that don’t have a huge living room. The 48-inch 4K CX series TV makes for huge pixel density with all the benefits of OLED colour reproduction.

There’s also a new image processing mode in this year’s TVs called Filmmaker Mode that is intended to replicate a film as it was intended by disabling certain post-processing features like motion smoothing and sharpening, while maintaining a precise framerate and colour grade.

In the higher-end TVs, LG is moving the active microphones from the remote to the TV itself for voice control with a new trigger phrase, “Hi, LG.”

The full lineup of 14 LG OLED TVs making their way to the market is as follows;

RX Signature series (the rollable one)

Pricing and local availability of these models is yet to be announced.