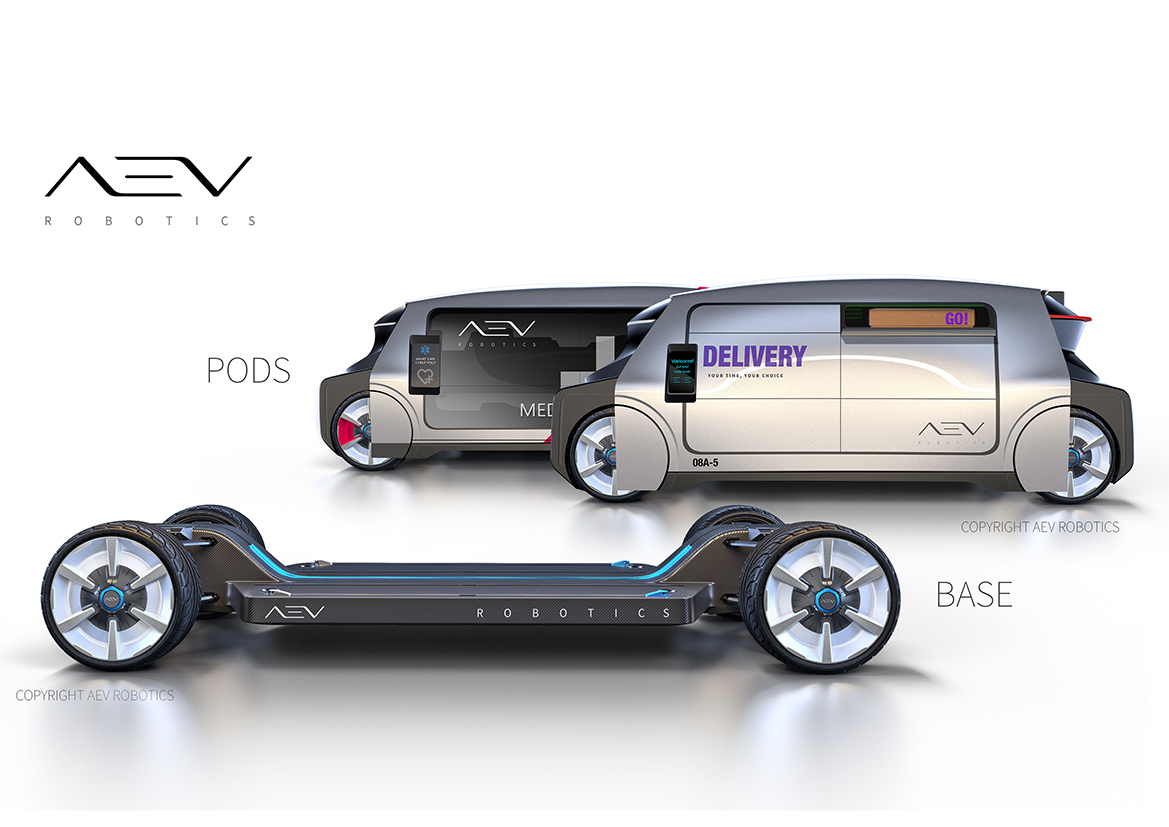 AEV Robotics, an Australian robotics company from Melbourne is aiming to change the world of fleet vehicles with a new modular vehicle system concept, dubbed the MVS.

Working in partnership with the University of Melbourne among others, and a team including former General Motors staff, the company has been working on the vehicle for three years and has unveiled it to a wide audience for the first time at CES.

The new vehicle is based on a modular system, with different “pods” attaching to the universal base system, ensuring easier and less expensive manufacturing. The base is controlled via a programmable digital interface in the pod.

Images of the vehicle show a wide range of possible applications, including delivery, taxi services, industrial logistics, roadside storefronts and even medical services.

The vehicle is unlikely meant for personal ownership, instead business owners can develop fleets on the MVS platform. Ride sharing and taxi services would also be able to use the new vehicle.