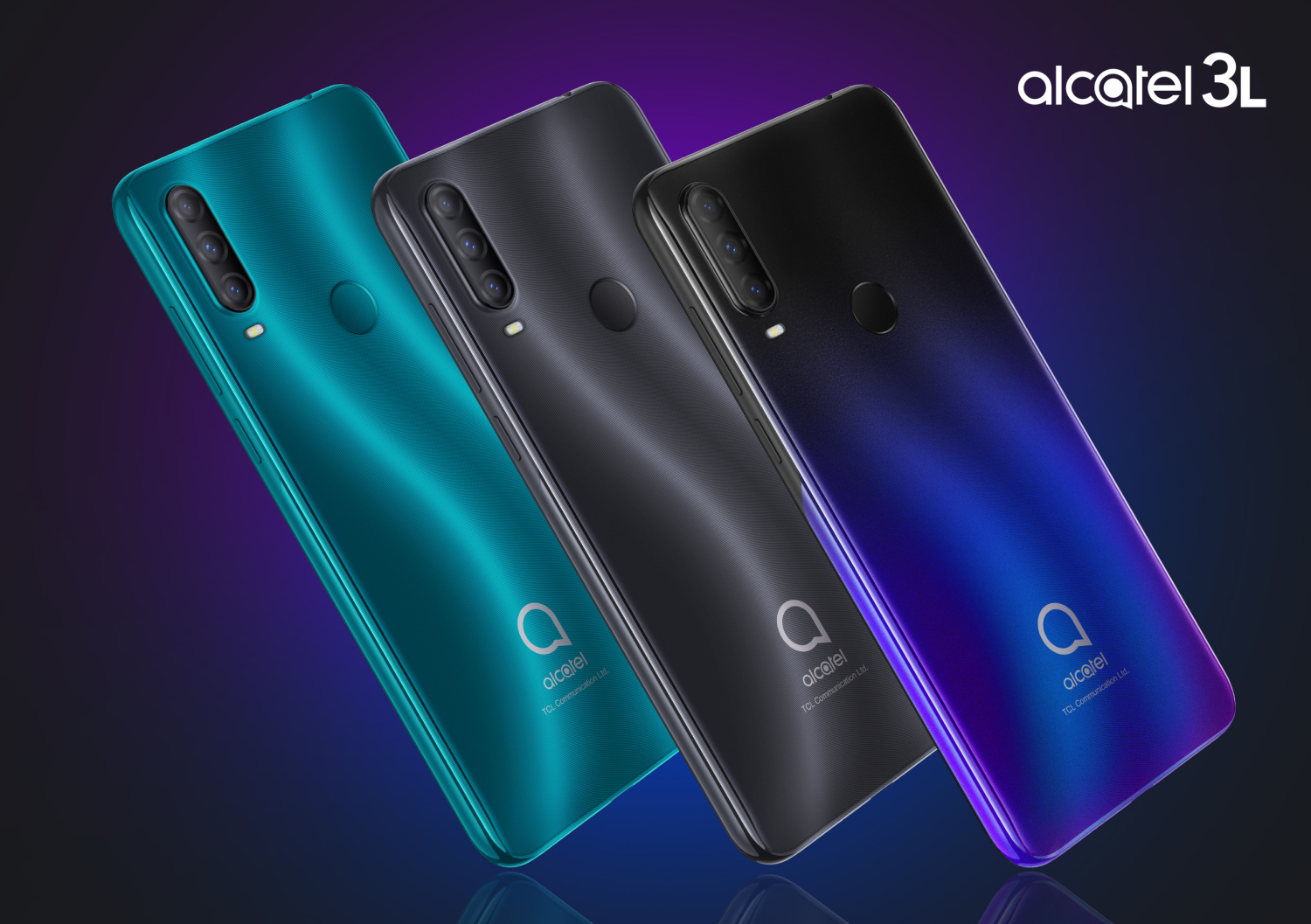 First on the list is the Alcatel 3L with a new 48-megapixel main sensor as well as 5-megapixel wide angle and 2-megapixel macro lenses. It comes with a 6.2-inch display with a tall 19:9 aspect ratio. Other specs include an octa-core processor, 4GB of RAM and 64GB of storage.

Next up is the Alcatel 1S, offering a triple camera setup in a sub-$200 phone. The main lens in this one is only 13-megapixels, and is paired with a 5-megapixel portrait lens and a 2-megapixel macro lens. Like the 3L, the 1S has a 6.2-inch display, an octa-core processor, and a similar etched back.

The Alcatel 1V is another 6.2-inch phone with dual rear cameras that support AI scene detection. Alcatel shared less information on this one, but it’s safe to say it’s very similar to the 1S but with one fewer camera lens.

Lastly, the Alcatel 1B is the company’s first Android Go smartphone. This one has a quad-core processor, 2GB of RAM and a 5.5-inch display. Android Go means the phone should receive updates for a long time as the updates come directly from Google instead of going through the manufacturer.

Local pricing and availability is yet to be announced, but most of these phones are making their way to stores overseas in the first quarter of this year.