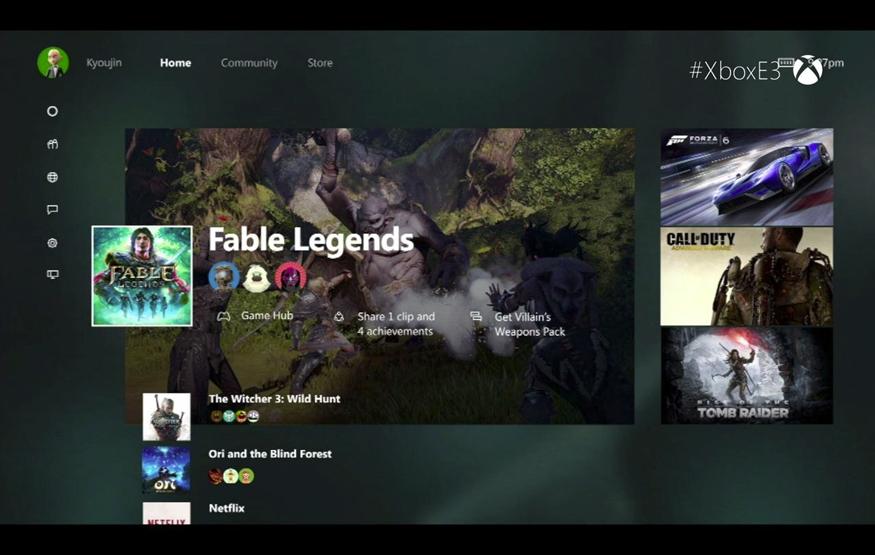 Microsoft today announced that it will begin rolling out the "New Xbox One Experience" system update for Xbox One from November 12, providing the console with the ability to play select Xbox 360 titles.

Over 100 Xbox 360 titles will be playable via Xbox One Backward Compatibility, with "hundreds more" to follow. Compatible titles include Borderlands, Gears of War, Mass Effect, Kameo, and Shadow Complex. Digital Xbox 360 titles a gamer owns will automatically show up in the Xbox One's "Ready to Install" section. Disc-based games will also need a new download, but will still require the user to keep the game in the disc drive to play.

Owners of Rare Replay will have already encountered a similar process when installing Xbox 360 titles included in the collection.

Titles played via Xbox One Backward Compatibility operate in an emulated Xbox 360 environment, and users will retain any achievements they may have earned while playing the game previously. Backwards Compatible titles will however gain access to some Xbox One features such as Windows 10 streaming.

The New Xbox One Experience, also referred to as Windows 10 for Xbox One, introduces a completely new user interface, and a new friends system.