Wine, wi-fi, and big data: “Nespresso for beer” startup gets classy with its plonk 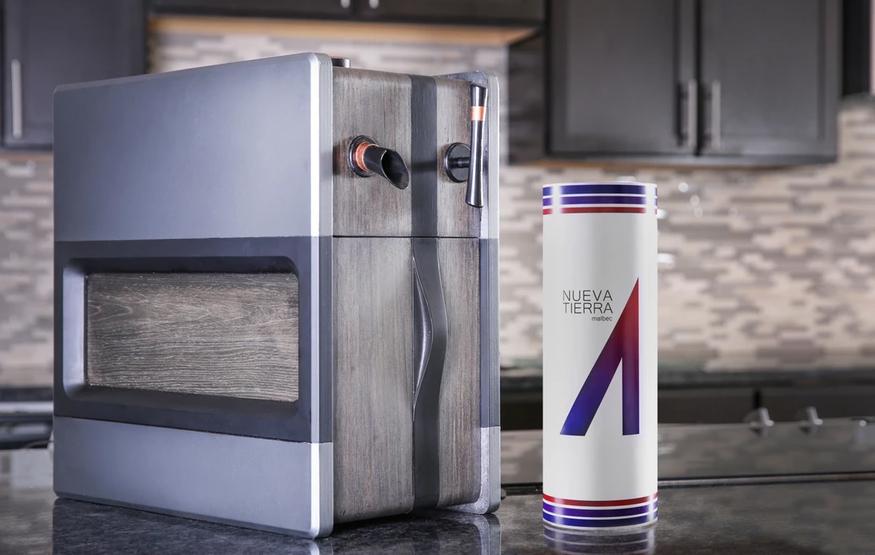 As with the company's craft beer dispenser, Synek is taking to Kickstarter to fund Synek, and once again, the reaction has been positive. At time of writing, the company has raised USD$142,448 on Kickstarter, besting its USD$100,000 goal with 14 days left to go.

Stoddard says Synek returned to crowd-funding as it allows them to pitch Somm on its own merits and build up a supportive community around it, without taking away from its existing beer dispenser. But while he's thrilled with the public's response to Somm's crowdfunding campaign, Stoddard says the wine world's reaction has been polarising.

"When we were sourcing the wine, we had some wineries that were really gung-go just because it was an innovation in wine," said Stoddard. "With others, they weren't interested due to the fact their wines weren't going to be served in the bottle."

The biggest pushback came from old world wineries in countries such as France and Italy, regions with a tremendous amount of heritage and respect for tradition. In other cases, laws and certifications can prevent old world wineries from adopting technology like Somm. Wine from Alsace, for example, by law can only be bottled in tall, flute shaped bottles. Such regulations mean the very notion of putting wine in one Synek's Sylo is entirely out of the question.

Nonetheless, Stoddard says the company has still found old world wineries to partner with for the launch, and anticipates Somm's initial wine line up will have a 60 / 40 split between new and old world wine.

At launch, Synek will act as the main seller of wine Sylos, but is planning to ship wine around the world (including to Australia) thanks to the distributor connections it built through its beer dispenser.

But while Synek will ultimately end up competing with humble wine bottle, it isn't trying to overthrow it.

"We're not trying to position [Somm] as a total replacement for the bottle, it's more like 'here's an additional way you can enjoy wine'," said Stoddard. "If you want your fine wine that you want to age for 50 years, you can do that."

Synek is offering Somm pre-orders through Kickstarter at USD$199 per dispenser, in a choice of stainless steel, beachwood, or dark oak. At time of writing, the company expects orders to ship before the end of the year.