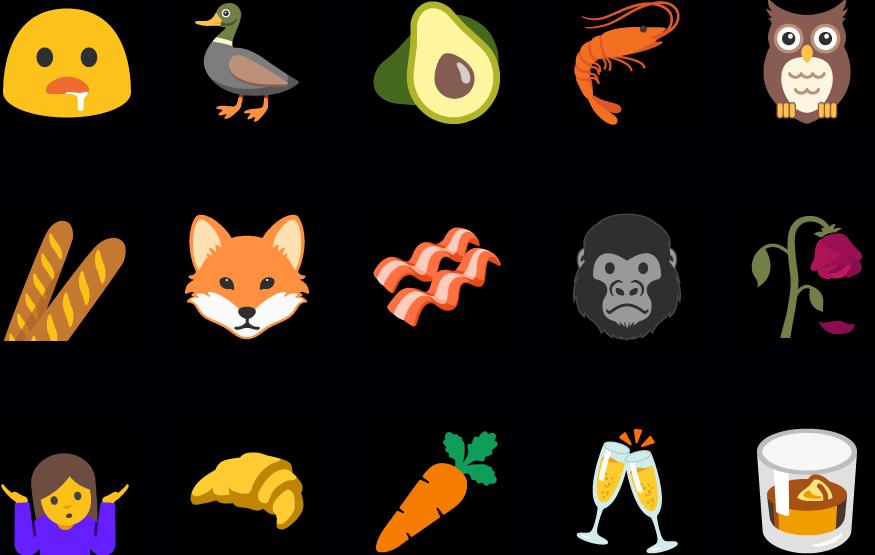 72 new emojis will be making their way to smartphones and PCs this year, and the humble rasher of bacon is arguably the most important of the lot. Bacon is one of the more versatile meats on this planet, perfect with a side of eggs, on a burger, or wrapped around filet mignon. Despite this, we're only just getting a bacon emoji. When you consider that there's four different calendar emojis, this seems like somewhat of an oversight.

Fortunately, you won't have to wait much longer to include a cute little bit of digital bacon in your text messages; a bacon emoji is included as part of the Unicode 9 standard, due to be released on June 21. Bacon will be joined by 71 other emojis including face palm, fox face, gorilla, lizard, squid, wilted rose, kiwifruit, carrot, cucumber, baguette, whisky, octagonal warning sign, scooter, and juggling.

While the Unicode Consortium is releasing Unicode 9 on June 21, the new emojis won't be available until Apple, Microsoft, and Google implement these in their respective operating systems. This process can often take several months.

The Unicode Consortium is a non-profit organisation that maintains and develops the Unicode standard. Put simply, the standard ensures that text (and emojis) have a consistent appearance across different platforms and operating systems. The Consortium provides reference images for emojis, but the likes of Apple and Google are responsible for creating their own illustrations.