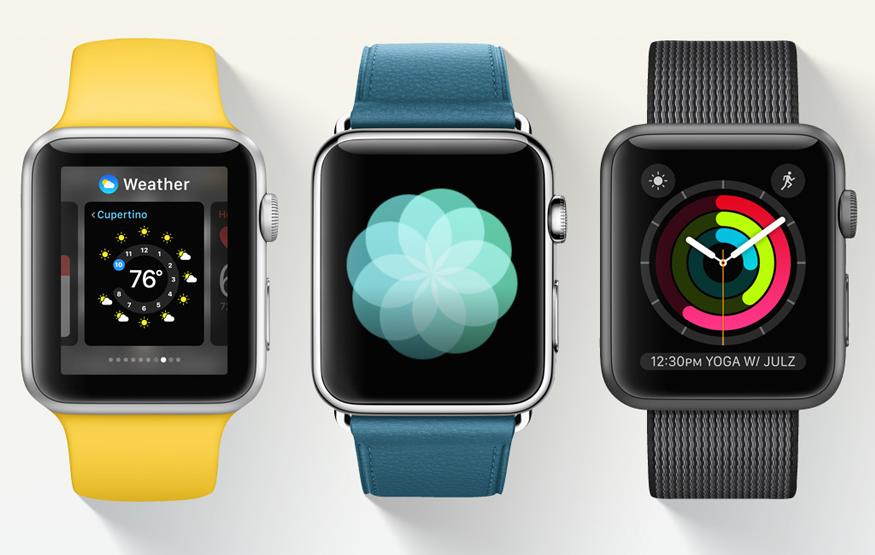 The Apple Watch is set to become faster and friendlier thanks to the upcoming watchOS 3 software update, announced today as part of Apple's opening keynote at its Worldwide Developers Conference. While the current version of the Apple Watch operating system can be sluggish at times, the overhaul hones in on performance. A user's favourite apps will be kept in memory, allowing them to launch almost instantaneously, complete with up to date information. Apple says watchOS 3 is as much as seven times faster than watchOS 2.

watchOS 3 will introduced a revamped user interface; swiping up on the watch face will reveal an iOS-like Control Centre, and pressing the side-button will open the "Dock". The Dock appears to blend watchOS 2's glances with a live preview of a user's favourite and recent apps. Swiping through these shows the current up-to-date state of an app, and tapping it launches it.

On the fitness side of things, watchOS 3 will introduce Activity sharing, allowing users to compare their daily fitness progress against that of friends and family. Swiping to the right in Activity will show a list of friends, and their fitness rings. Tapping on a friend will reveal more detailed information about their progress.

watchOS 3 will also introduce a new health app called Breathe, pitched as a simple guided meditation app. Users will be able to setup smart notifications to remind them to take a minute or so every hour to follow guided breathing exercises, communicated both visually and with haptic feedback.

"SOS" is another of watchOS 3's health-related initiatives. Holding down the Apple Watch's side button (for a couple of seconds) will call the appropriate emergency number for the country a user is in (000 in Australia, 911 in the United States, for example), and notify their emergency contacts with their current location. After sending the message, the Apple Watch will then display the user's medical ID rather than a watch face.

The watchOS 3 update will bring a couple of new watch faces, including Minnie Mouse, a minimalistic clock, and three Activity-based designs that prominently highlight the user's three daily fitness goals. The Activity watch faces will also act as a shortcut to the Workout app. An edge-to-edge swipe on the home screen will allow users to quickly go between their favourite watch faces.

A developer preview of watchOS 3 will be available from today. The final release will be made available for free this Spring.