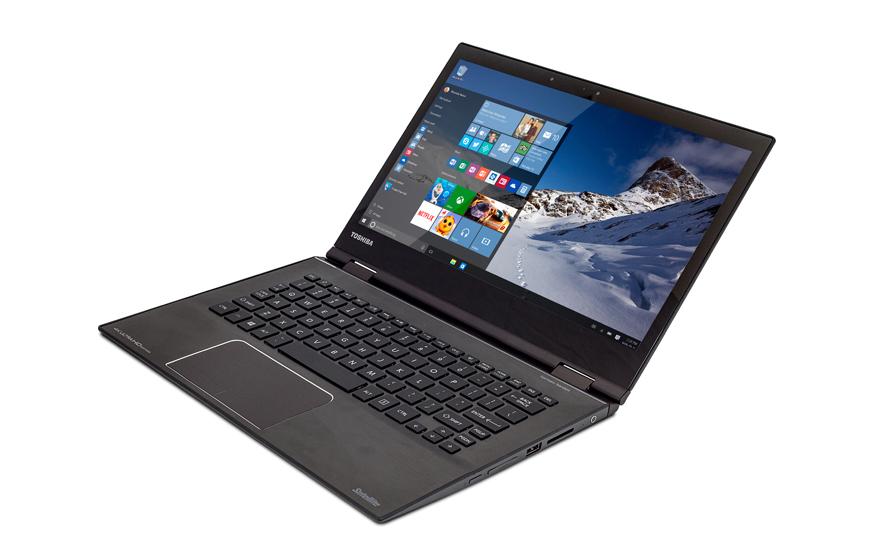 The Radius 12's claim to fame is a 12.5-inch 4K touchscreen, which Toshiba claims is the first display of its size to reach Ultra High Definition resolutions. This is backed up by a dual-core sixth generation Intel Core i7 processor clocked at 3.1GHz, 8GB of RAM, 512GB of solid state storage, and an integrated Intel HD520 GPU.

Toshiba says users can expect eight hours of battery life from the Radius 12.

The Radius 12 uses the same convertible form-factor as Toshiba's other Radius devices, allowing users to use it as a notebook, tablet, or at any angle in between. The device weighs just over 1.3kg, and measures in at 15.4mm at its thickest point. In addition to two USB 3.0 ports, the Radius 12 features a high-speed USB 3.1 Type-C port, capable of transfer speeds up to 10Gbps.

Shipping with Windows 10 Pro, the Radius 12 has been optimised for Microsoft's latest operating system. In addition to a dedicated key for summoning Cortana, the notebook's front-facing camera supports biometric authentication using Windows Hello.

Previous Post Not all iPhones are made equal, but it’s not a big deal
Next Post Australia’s mandatory data retention scheme begins tomorrow