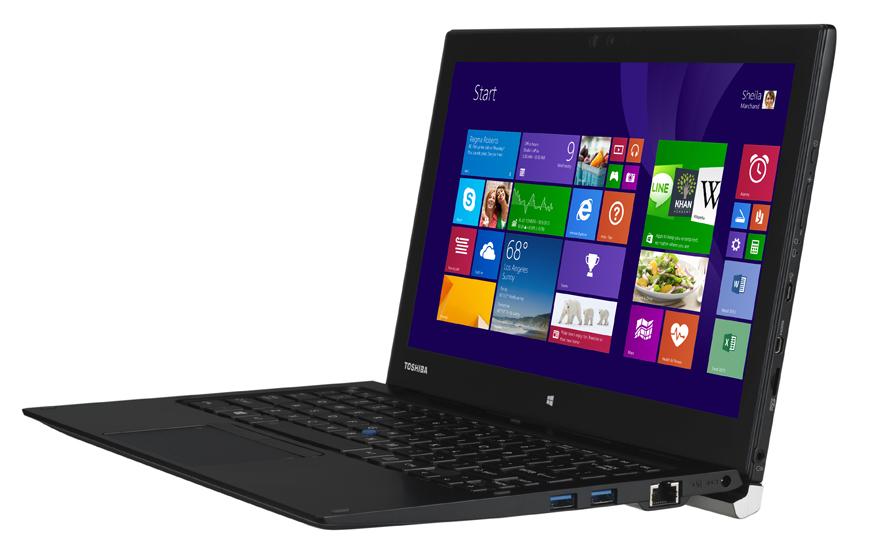 Toshiba today announced the Australian launch of the Windows 8.1-powered Protégé Z20t, a brand new 12.5-inch two-in-one boasting 17 hours of battery life. The screen itself is a full high definition touchscreen packing a Wacom digitizer with 2,048 points of pressure sensitivity. Two styluses are included with the two-in-one, a smaller one that can be stored in the tablet's shell, and a larger more pen-like option.

The Protégé Z20t is powered by an Intel Core M processor and can be configured with up to 256GB of solid state storage and up to 8GB of RAM. 4G connectivity will also be available as an optional extra.

The tablet portion of the device weighs just 800 grams; when docked, the Protégé Z20t weighs about 1.5 kilograms all up. The reason the two-in-one's detachable keyboard is comparatively heavy is due to packing its own internal battery. This, when combined with the tablet's standalone nine hour battery, allow the Protégé Z20t to reach 17 hours of usage.

Previous Post Microsoft bringing live TV to Australian Xbox One owners with OneGuide
Next Post CyberShack TV: Hands on with the HP Stream 11 and HP Steam 13