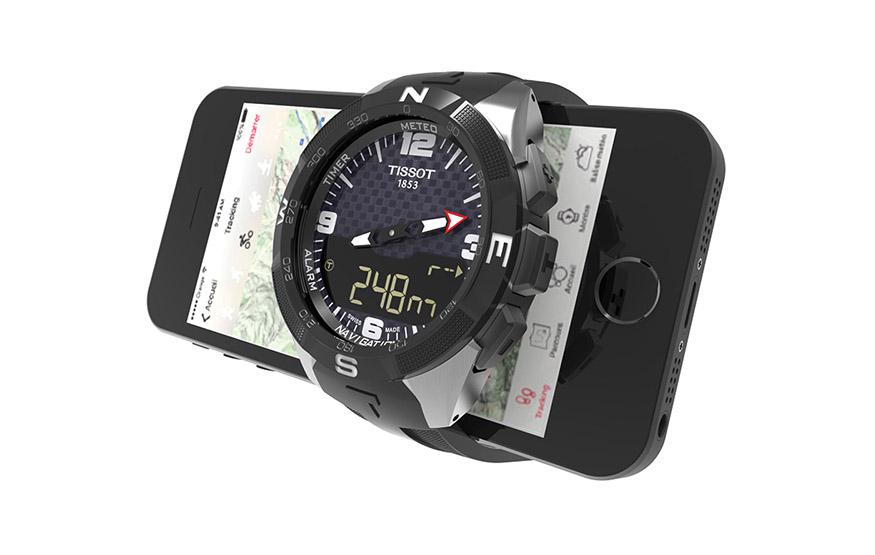 Swiss watch manufacturers have been relatively quiet on the smartwatch front. TAG Heuer is one of the few to release a proper smartwatch, while others only incorporate minimal functionality like NFC payments.

Tissot has now jumped onto the smartwatch bandwagon with the Smart-Touch, a multifunctional smartwatch that retains physical Swiss movement. While it doesn’t offer all the functionality of a “real” smartwatch like the Apple Watch or Pebble Time, the Smart-Touch has its own unique bag of tricks.

Pairing the Smart-Touch to a phone allows navigation using the watch’s hands, local weather is shown on the display, the time is updated automatically and the watch charges from solar power. Perhaps best of all, the Smart-Touch isn’t completely hampered in functionality without a phone present.

The Swatch Group is yet to embrace smartwatches wholeheartedly, but the Tissot Smart-Touch represents a step forward into the market. While it could be considered minimally functional compared to some of its feature-heavy competitors, the “Swiss Made” text on the face ought to count for something.

The Tissot Smart-Touch has an asking price of around USD$1200. Australian availability is yet to be announced.