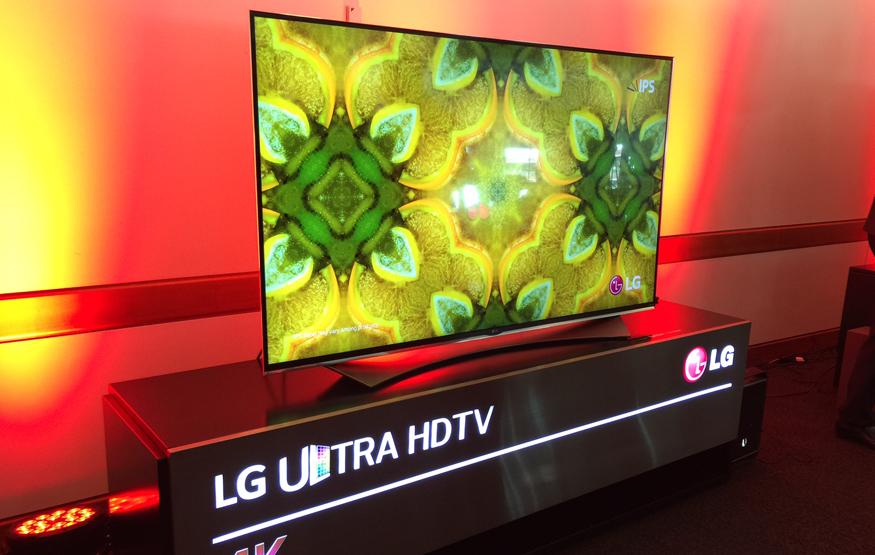 LG today unveiled 29 new TV models due to hit Australian shores in the first half of 2015. The South Korean giant made its announcement at the Sydney Cricket Ground where LG Australia home entertainment marketing manager Grant Vanderberg compared the television industry to sport.

"There's a lot of players but few real champions," said Vanderberg, explaining that the majority of new televisions have very similar specifications. As such, Vanderberg said that LG hopes to distinguish itself with a plethora of new features available across its new product family.

All of LG's new Ultra High Definition 4K displays will make use of what the company calls a "six step upscaller". The electronics manufacturer claims that brings high definition content another step closer to 4K picture quality. LG's previous televisions used a four-step process. Upscaling video often involves steps such blocking, blurring and sharpening the image to create the illusion of a higher resolution.

Every 2015 model – whether it's 4K or 1080p – will run webOS 2.0, the revamped version of LG's Smart TV operating system. While webOS 2.0 is almost identical to its predecessor visually, the operating system now supports multi-tasking and improvements have been made in areas such as performance and speed.

Streaming is another key feature for LG, with Vanderberg saying the entire 2015 line-up is Netflix compatible. The 2015 line-up will also enable the VP9 codec, which allows users to stream 4K resolution content through YouTube.