These are Samsung’s new phablets: The Galaxy Note 5 and Galaxy S6 Edge+ 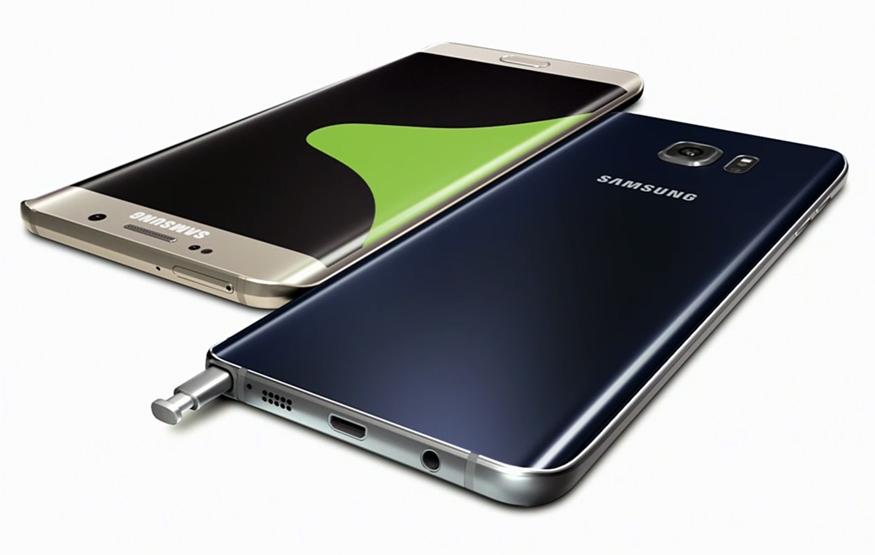 Samsung today announced the Galaxy Note 5 and Galaxy S6 Edge+, the two newest phablets in its smartphone family. As rumoured, both devices make use of the design language Samsung introduced with the Galaxy S6 and Galaxy S6 Edge earlier this year, eschewing plastic for a combination of glass and aluminium.

The Note 5 iterates on last year's Note 4 with a revamped design, faster internals and an all new S-Pen. The S-Pen is said to feel "more like a ballpoint pen" and now allows users to write memos on the screen even when it's off.

As the name suggests, the S6 Edge+ is simply a larger version of the S6 Edge, boasting a bigger dual curved screen. Unlike the Note 5, it does not include a stylus.

Samsung suggests that the Note 5 is designed as more of a productivity device, whereas the S6 Edge+ is built for multimedia consumption.

Both phones feature the same hardware specifications: a Samsung-made eight-core processor with four 2.1GHz cores and four 1.5GHz cores, a 5.7-inch Quad HD display, 4GB of RAM, a choice of 32 or 64GB of storage and a 3000mAh battery.

The phablets' front and rear cameras are set at 5MP and 16MP respectively. These appear to be identical to the cameras Samsung used in the Galaxy S6 and Galaxy S6 Edge, with the same aperture of the f/1.9 on the rear. Samsung has however updated its software-based video stabilisation, and enabled 4K video recording.

When it comes to cellular connectivity, the Note 5 and S6 Edge+ are considered Category 9 devices allowing to pair to simultaneously connect to the 700MHz, 1800Mhz and 2600Mhz wireless spectrums. On Telstra, this means the new phones could theoretically achieve 4G speeds of up to 450Mbps.

Neither of the two devices have expandable storage or a removable battery. Both phones do however feature quick charging and wireless quick charging. The Note 5 and S6 Edge+ can be recharged completely in two hours via wireless charging.

Samsung also confirmed the availability of the previously leaked keyboard cover. The keyboard cover has a snap on keyboard that covers roughly a fourth of the screen, giving users physical keys for messaging and emails. When not in use, the keyboard can snap on to the back of the included case.

The Galaxy Note 5 and Galaxy S6 Edge+ will be available locally "soon". Pricing will be confirmed closer to release.