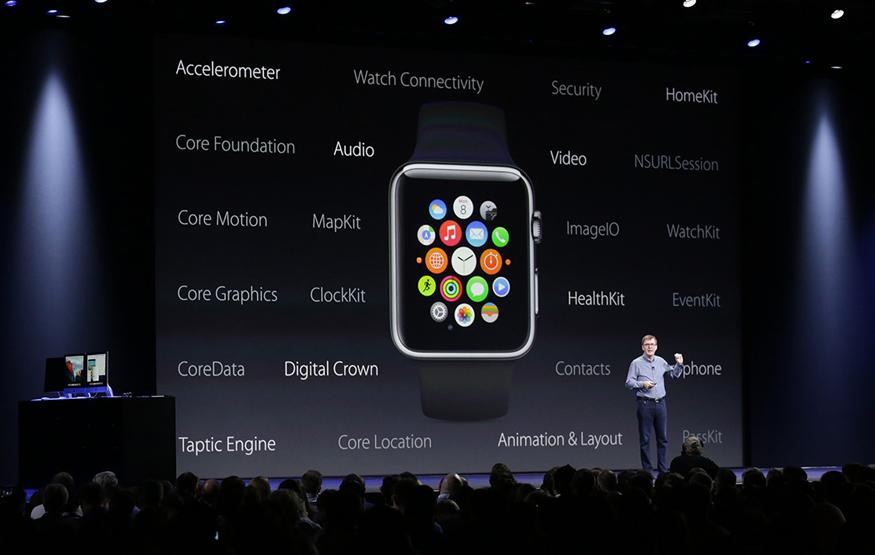 Apple today announced the first major software update for the recently released Apple Watch. Dubbed "watchOS 2", the update will enable the Apple Watch to run applications natively without relying on a paired iPhone for processing power. The Apple Watch will also be able to directly communicate with known wireless networks, allowing these apps to truly work independently.

"We are opening a new platform to developers to create new applications that can really change people's lives," said Apple CEO Tim Cook, introducing the update. "We really deeply believe in this space, we believe in technology designed for the wrist. We believe that by opening up the platform, you will create new and powerful uses that today we can only begin to imagine."

Developers will also be able to expose third party complications for the Watch's face, enabling it to display information such as flight times, sport scores or the charge level of an electric car.

The watchOS 2 update will add several new photo-based watch faces. Users will be able to set individual photos or entire albums as a watch face, or pick from one of five 24 hour timelapses shot by Apple. In addition, Watch-wearers will be able to use the Watch's Digital Crown to scroll back and forth in time on their watch face, allowing them to see past and future appointments, in addition to data such as weather predictions.

watchOS 2 will also address security concerns with a feature called Activation Lock. Activation Lock will require users to authenticate their Apple Watch with their Apple ID and password when reset, rendering the Watch unusable if stolen.

Other smaller features bundled in watchOS 2 include the ability to reply to emails directly from the Watch, a night stand mode, and the option to draw messages with multiple colours.

Developers will have access to watchOS 2 from today, with a final public release schedule for spring.