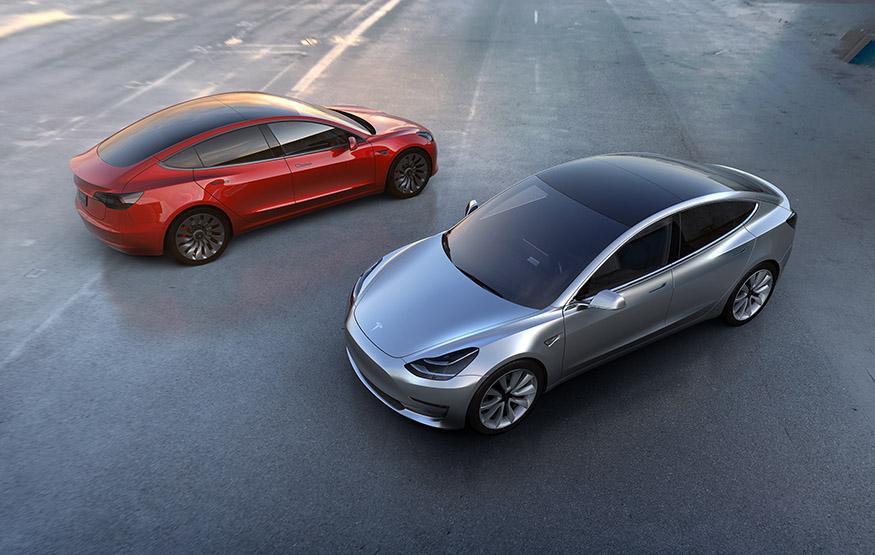 Tesla today revealed their new electric car, the Model 3, at an event held in Tesla’s design studio. Made for higher production volumes and lower cost, the Model 3 is a more affordable alternative to the Model S and Model X.

Some statistics Tesla is aiming for include a 0-100 km/h figure of under 6 seconds, a range of over 345 km, and a 5 star safety rating in every category. Tesla co-founder and CEO Elon Musk stressed that these figures are minimums they want to meet, and through development they hope to exceed them.

Aiding with production of the new car is the Tesla Gigafactory. Once it’s complete, it will be the world’s largest lithium-ion battery manufacturer; Musk stated that the factory will produce more batteries than all of the world’s current battery manufacturers combined. Tesla’s vehicle factory has previously been able to manufacture 500,000 cars per year, and Musk is confident that they can hit this figure again.

Tesla currently has 215 showrooms around the world, but by the end of next year they are planning to open another 226 locations. Preorders for the Model 3 reached over 115,000 during the event.