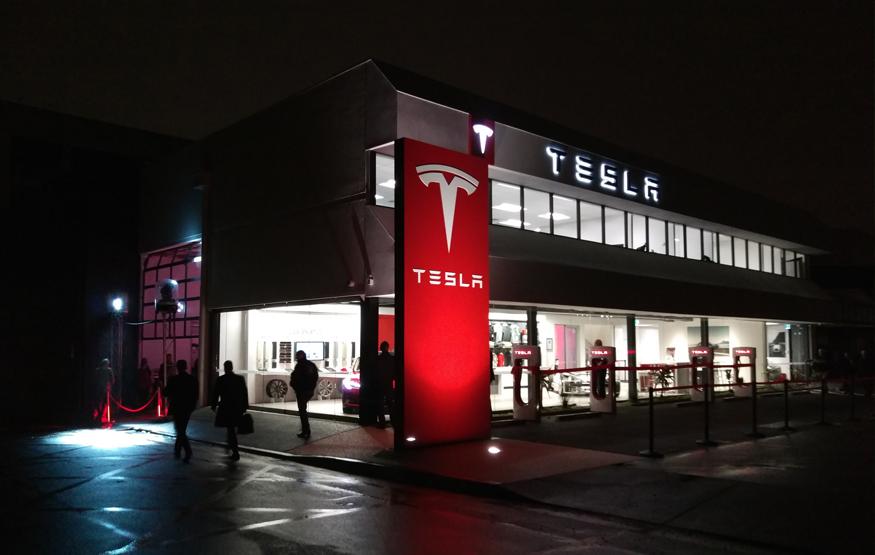 Electric vehicle manufacturer Tesla Motors last night opened its second Australia store, a retail outlet and service centre combo just outside Melbourne's CBD. Located on 650 Church Street, Cremorne, the showroom is Tesla's second in six months, following its Australian launch in December last year. As with the manufacturer's other outlets, potential customers can test drive a Model S but will have to wait several months for delivery.

The showroom also houses four Superchargers for the use of new and existing Tesla customers. A Supercharger is able to replenish half of the Model S' 502 kilometre range in approximately 20 minutes and 80% within 40. A complete charge can take 75 minutes.

Tesla also announced an Australia-wide partnership with Secure Parking that will see dedicated electric vehicle spots in local carparks. Details of the partnership have yet to be finalised, but it is expected that Model S owners could potentially receive either a reduced rate of parking or a free recharge during their stay.

Photo by Jason Cartwright of TechAU