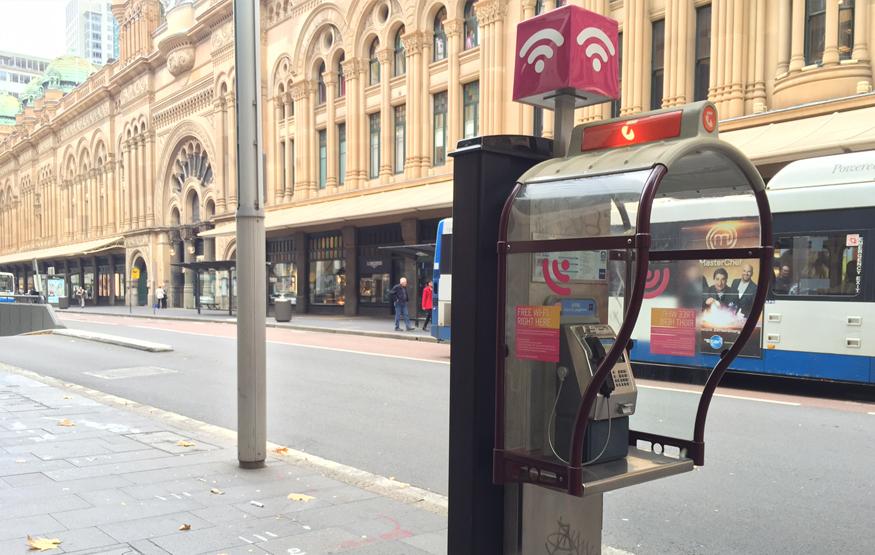 Telstra today announced that it will begin turning off its free public Wi-Fi hotspots on Monday, in lead up to the launch of its national Wi-Fi network. In preparation for its launch, Telstra has trialled over 2,600 hotspots across the country over the past seven months. More than 1.5 million unique devices connected to these hotspot – designated by a pink dome at Telstra payphones – during the trial period.

The deactivate hotspots will remain offline for a couple of weeks, at which point they will return as a paid-for-service. Telstra has yet to confirm how much access will cost.

Telstra broadband customers will continue to have free-access to the telco's Wi-Fi network, provided they join the "Wi-Fi community" by installing their own residential hotspot and sharing a portion of their bandwidth. The requisite equipment will cost customers AUD$210.

While Telstra customers who establish their own wireless hotspot will have free access to the network, they will still be limited by their monthly download allowance.

Previous Post Australian Review: Alienware Area 51 – Straight outta Hangar 18
Next Post “What is Code?” is a 38,000 word primer on programming that everyone should read