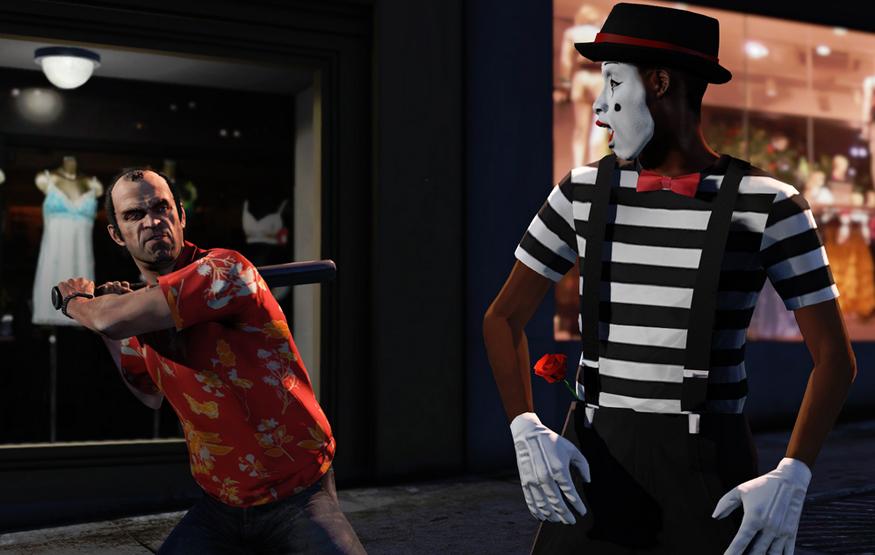 Target Australia has announced that it will stop selling the R-rated video game Grand Theft Auto V following feedback from customers about the game's depictions of violence against women. Target's decision appears to be in a response to a Change.org petition that has now gained over 40,000 supporters.

"It's a game that encourages players to murder women for entertainment. The incentive is to commit sexual violence against women, then abuse or kill them," said Nicole, Claire and Kat in their petition. They did not provide their last names. "To see this violence that we lived through turned into a form of entertainments is sickening and causes us great pain and harm."

"Due to your recent decision to remove my right as an Australian to purchase a game based on incorrect facts, incorrect commentary and ill-informed and uneducated judgements I regretfully wish to inform you that I will cease being a customer of your franchise from this day on," wrote one commenter on Target's Facebook page.

.@Targetaus but seriously, c'mon guys. Get some context on an issue before just caving to the loudest voice in the room at the time.

The thing about GTAV is that it never actually tells you or encourages you to commit violent acts towards women.

"We've also had customer feedback in support of us selling the game, and we respect their perspective on the issue," said Jim Cooper, Target's General manager of Corporate Affairs in a statement. "However, we feel the decision to stop selling GTA5 is in line with the majority view of our customers."

Cooper said Target would continue to sell other R-rated DVDs and games.

Grand Theft Auto V was first released in November 2013, and a re-released for PlayStation 4 and Xbox One last month. A PC version of the title will be released early next year.