Symantec gets into the VPN game with Norton Wi-Fi Privacy 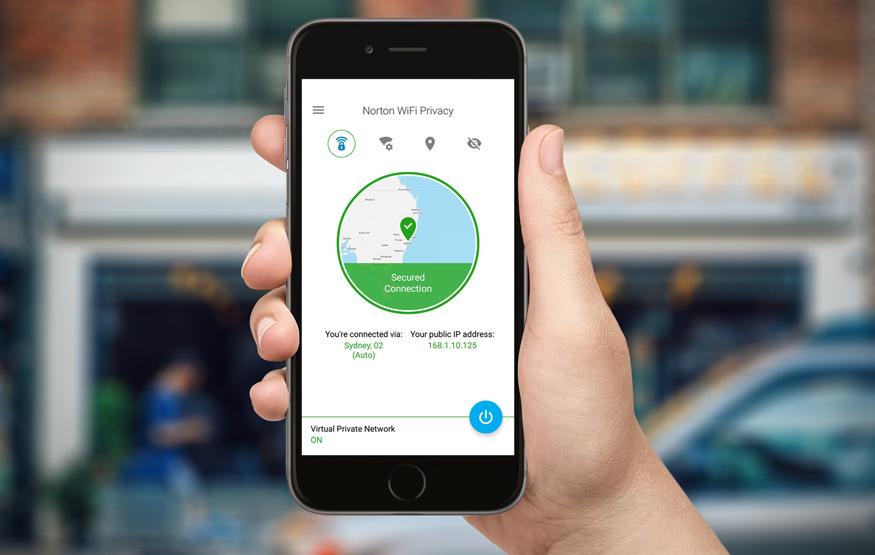 "What turns people into easy targets is confusion about the security of public Wi-Fi networks,"  said Symantec director Mark Gorrie."Norton found that only 34 percent of Australian consumers are able to distinguish between a secure and an unsecure Wi-Fi network.

"Most people assume that all Wi-Fi networks available in public places like airports, hotels and cafes have security built-in. That’s not the case. When consumers log onto an unsecure network, hackers are able to steal information as it travels across the web, sell it on the dark web for profit or even use the information to drain consumer bank accounts."

When a user is connected a VPN such as Norton Wi-Fi Privacy, their online activity is routed through another server, effectively encrypting their personal information. Malicious actors on a public Wi-Fi would instead see the connection to the VPN, rather than the addresses or URLs of the sites one is communicating with. Of course, the use of a VPN as an intermediary can affect both connection speeds and ping times. Symantec says it doesn't log uses' information or track any activity.

Another popular use of VPNs is geo-dodging (accessing foreign content from services such as Netflix while still being in Australia, for example). While Symantec doesn't explicitly advertise Norton Wi-Fi Privacy as a geo-dodging tool, it says that travelling subscribers will be able to access their favourite content anywhere, as "if they were at home". Netflix's on-going VPN crackdown may prevent Norton Wi-Fi Privacy users from accessing foreign video libraries, but users could have luck with other services.

At present, Norton Wi-Fi Privacy is only available for iOS and Android devices. A one year, one device subscription is billed at USD$29.99 per year, through either Google Play or the App Store. Symantec says an option for PC and Mac will be available shortly, as will multi-device subscriptions.