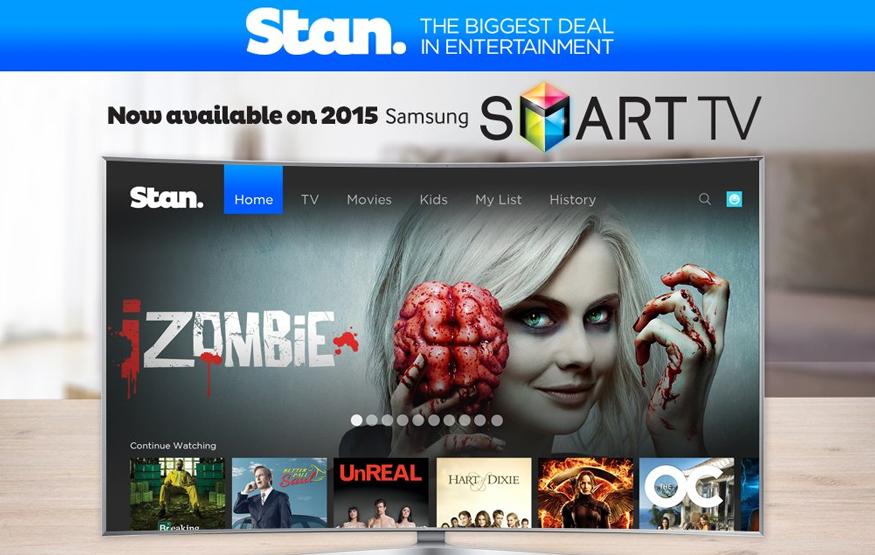 Australian streaming service Stan now has a dedicated app available on every Samsung Smart TV released this year. 2012, 2013, and 2014 models will see the app in early November, followed by a release on LG Smart TVs later in the month.

The news follows the launch of Stan's PlayStation 3 and PlayStation 4 apps, which marked the first time users were able to view the service on a TV without the need for an Apple TV, Chromecast, or a HDMI connection to PC or Mac.

A dedicated Stan Telstra TV app is also scheduled for release in November. Telstra fixed line broadband customers who purchase a Telstra TV before Christmas will receive a free three-month subscription to Stan.