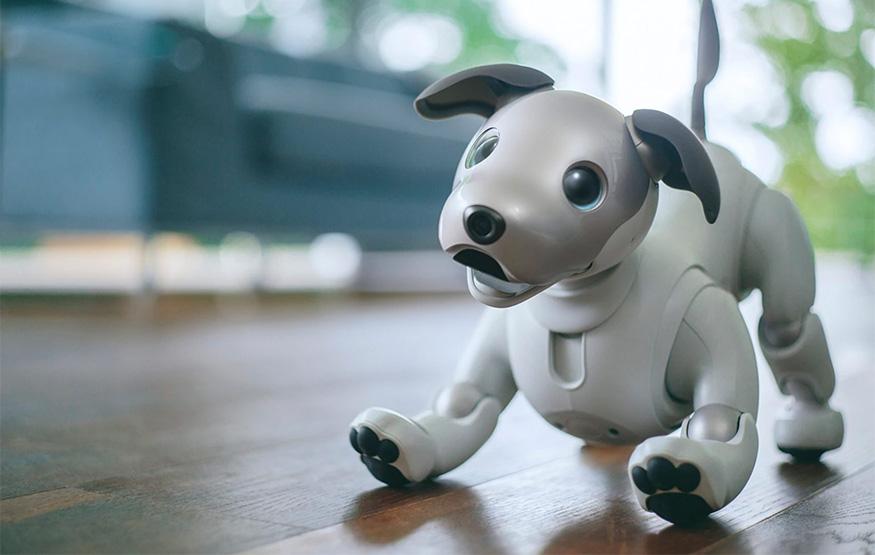 Sony has brought back Aibo, its robotic dog companion, nearly 20 years after the launch of the original Aibo.

The new Aibo, model number ERS-1000, has significantly more power and functionality than the original models, featuring a quad core processor, front camera, microphones, Wi-Fi and 4G LTE connectivity and two big, puppy-dog OLED eye displays. There are 22 articulated parts, touch-sensitive zones on the front, back and head, and, of course, a speaker for barking.

Aibo will reportedly learn about its owners and may even prefer different people depending on how they interact with it. Sony says that Aibo will adapt its behaviour in response to its environment, and with the owner’s permission, collect data from interactions and access data accumulated from other owners to become more clever. Aibo will be capable of remembering what makes its owners happy, and actively seek out interaction rather than waiting to be called.

Aibo has a reported battery life of around two hours, and recharges in around three hours. There is also a “bone” accessory launching with it, aptly called Aibone, which will allow Aibo to play fetch.

The initial run of robo-dogs cost JPY¥179,000 or just over AUD$2000 and are only available in Japan. Aibo also requires a subscription to allow it to access cloud information for learning new tricks as well as periodic data backups costing JPY¥2980 (around AUD$30) per month over three years, or a one-time pricing of JPY¥90,000, or just over AUD$1000. While Aibo might seem expensive, it is probably the cutest piece of sophisticated technology to come out in the past decade.

Currently there are no plans to launch Aibo outside Japan.