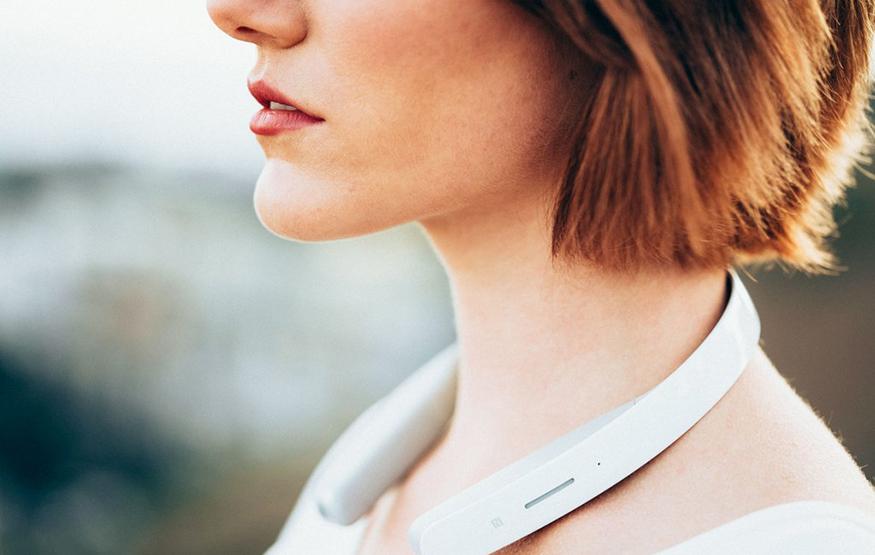 South by Southwest began in Texas over the weekend, and some interesting technology is already showing up. Sony’s new research and development program, Future Lab, is demonstrating prototype wearable devices, including a pair of headphones with a unique twist.

These wireless headphones, dubbed Concept N, preclude the need to actually wear them on your ears. Instead, they are worn around your neck and use directional speakers to aim audio upwards to your ears. The neckband also features voice control and a camera – the latter’s use is unknown as yet.

In case you don’t want to disturb your neighbours on public transport, the headset also features a more traditional pair of earphones, albeit with another twist. Unlike regular earphones, the Concept N’s tube-shaped earphones feature open backs, allowing them to transmit audio while still enabling the listener to hear things around them.

With neck-mounted directional speakers and open-backed earphones, Future Labs’ aim is clear – the Concept N is meant to enable you to listen to music without shutting out the outside world.

It’s a worthwhile goal – anyone who walks, cycles, or skates while wearing headphones has probably had the experience of missing important noises around them, whether it’s a train announcement or a bicycle bell.

Future Labs is sure to release more prototypes down the line, and by showing them during development, they will gain feedback with which to refine their products.

Pricing and availability for the Concept N is likely a while away.

Previous Post CyberShack TV: A look at the Fitbit Blaze
Next Post Nexus 5X and 6P just got better with a price cut