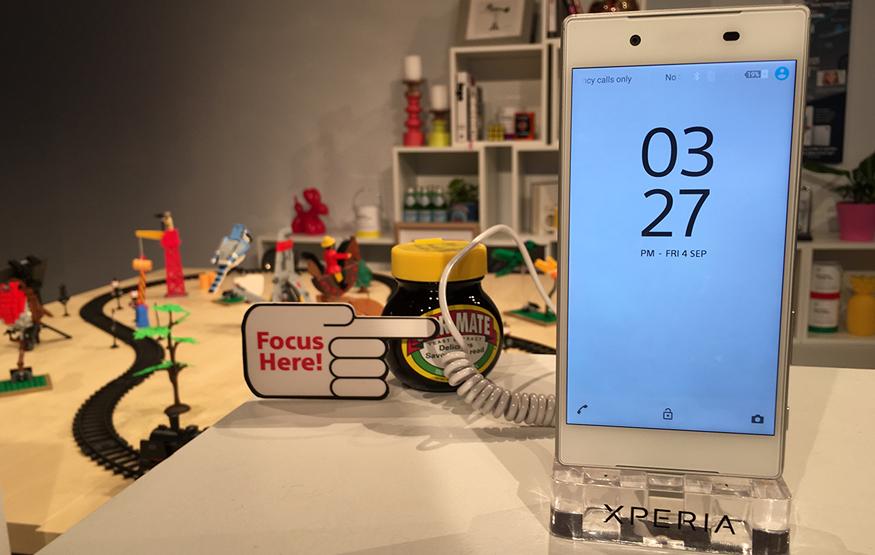 All three devices boast an eight-core Snapdragon 810 processor, 32GB of expandable storage, and a minimum of 2GB of RAM (the Xperia Z5 and Xperia Z5 Premium both have 3GB). Battery size varies, but Sony say all three handsets will last two days between charges. In addition, all three are Quick Charge enabled; 10 minutes of charging should provide over five hours of additional usage.

Notably, Sony has managed to squeeze a fingerprint into the side-facing power button on all three phones. This allows uses to wake and unlock the handsets in a single movement.

All three Xperia Z5 handsets share the same rear-facing camera: a new 23MP shooter with a 24mm wide angle lens. The camera's claim to fame is that it can autofocus in 0.03 seconds. Sony says this makes the Xperia Z5 family ideal for capturing "spontaneous action in real-time". The new camera sensor also features a technology Sony is calling "Clear Zoom", which is said to allow users to zoom in by a factor of five without losing any image quality.