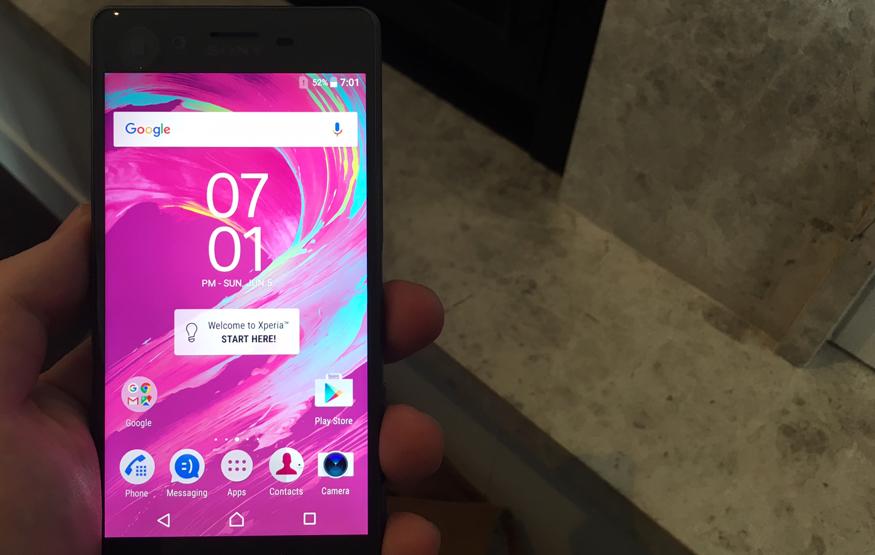 Sony is bringing a trio of new smartphones to Australia in the next month or so, starting with the Xperia X. The semi-premium Xperia X will be available from June 23, and will be followed by the high-end Xperia X Performance (pictured above) and the more midrange Xperia XA in the coming weeks. The three phones are meant to represent a new beginning of sorts for Sony's smartphone division – the X series – which looks like it will supersede Sony's current Z family of flagships.

"When we go back to customer data, that's what they're asking for," said Sony Mobile Oceania Managing Director John Featherstone.

The Xperia X Performance is Sony's new flagship smartphone; it's clad in metal and offers IP68 water resistance, and a side-facing fingerprint reader. In terms of hardware, the handset offers a 5-inch 1080p display, a Snapdragon 820 processor, 3GB of RAM, 32GB of expandable storage, and a 2,700mAh battery.

In addition to a 13MP front-facing camera, the Xperia X Performance has a souped up rear shooter that borrows features from Sony's Alpha range of cameras. Namely, the camera uses "predictive hybrid autofocus" technology that is said to be able to predict a subject's motion, to – in theory – ensure in focus, blur free shots.

The Xperia X is almost identical to the Xperia X Performance in terms of look and feel, but is powered by a slightly slower Snapdragon 650 processor, and uses an ever so slightly smaller 2,620mAh battery. The Xperia X isn't water resistant, but is 0.5mm thinner and just over 10g lighter than its beefier brother.