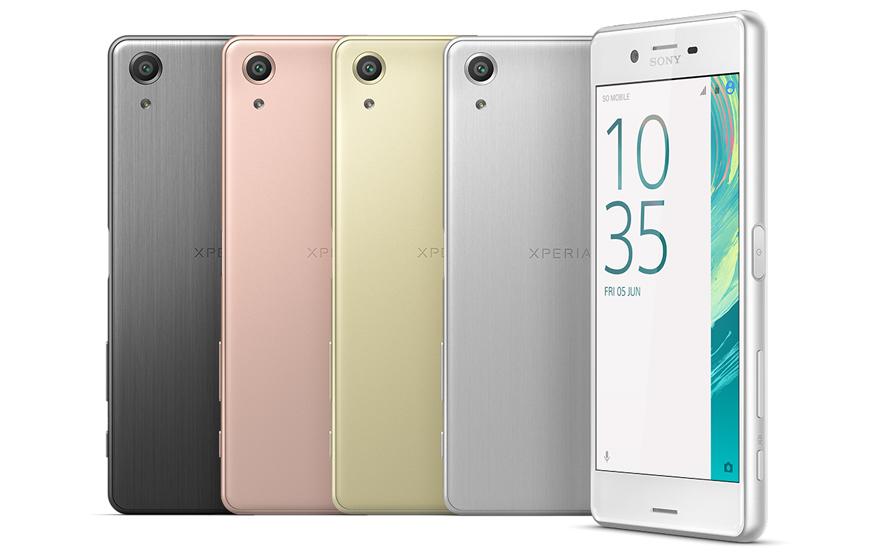 The high-end Xperia X Performance will be available outright for AUD$999 from Sony stores, and on contract from Telstra. It will go on sale in July.

The Xperia X is available now for AUD$799 outright from Sony stores, and on contract from Vodafone. Vodafone is offering the phone for AUD$70 per month with no handset repayment fees. The plan includes 7GB of data and unlimited talk and text. Harvey Norman will also be ranging the phone in July.

In terms of hardware, the Xperia X Performance is Sony's new flagship smartphone; it's clad in metal and offers IP68 water resistance, and a side-facing fingerprint reader. The handset features a 5-inch 1080p display, a Snapdragon 820 processor, 3GB of RAM, 32GB of expandable storage, and a 2,700 mAh battery. In addition to a 13MP front-facing camera, the Xperia X Performance has a souped up rear shooter that borrows features from Sony's Alpha range of cameras. Namely, the camera uses "predictive hybrid autofocus" technology that is able to predict a subject's motion, to – in theory – ensure in focus, blur free shots.

The Xperia X is almost identical to the Xperia X Performance in terms of look and feel, but is powered by a slightly slower Snapdragon 650 processor, and uses an ever so slightly smaller 2,620mAh battery. The Xperia X isn't water resistant, but is 0.5mm thinner and just over 10g lighter than its beefier brother.

The Xperia XA is another step down in terms of performance, but it has its own trick: a 5-inch 720p edge-to-edge display that sits flush with the phone's rounded frame. Other hardware includes a MediaTek eight-core processor, 2GB of RAM, 16GB of expandable storage, and a 2,300mAh battery. Front and rear cameras measure in at 8MP and 13MP, respectively.