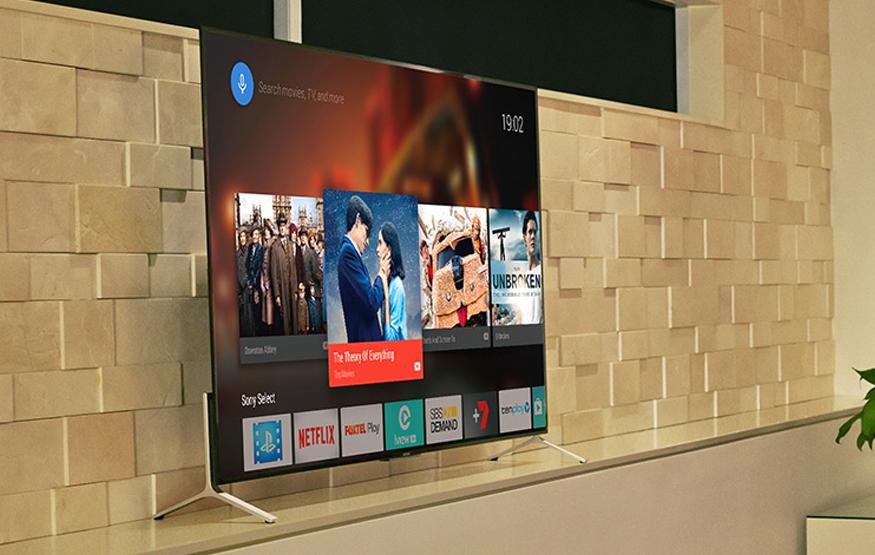 Sony Australia today announced that its 2015 range of Bravia-branded TVs will be available locally from mid-June. The line-up includes five high definition TVs and nine 4K ultra high definition models. The entire range has be slimmed down, and Sony's proprietary TV operating system has been eschewed for Google's Android TV.

Android TV is a modified version of Android, optimised for entertainment on the big screen. In addition to supporting a number of streaming apps such as Netflix and YouTube, Android TV also works as a gaming platform. Televisions running Android TV can function as a Chromecast; as such, users can beam content directly from their smartphone to their TV without the need of an additional dongle.

Sony's new TV models are divided into eight series, with sizes varying between 43- and 75-inches.

First announced at CES, Sony's X9000C and X9100C series boast its thinnest TV yet, measuring in just 4.9mm at their thinnest point. The three TVs included in these two series all feature 4K quantum dot displays. These models will be available in August. Pricing is as follows:

Sony's X9300C and X9400C series feature the first Bravia models to support "Hi-Res Audio". The Hi-Res Audio designation means the integrated speakers are capable of playing lossless sound at what could be considered studio quality. As such, the pair are adorned with sizeable front-facing speakers. The two TVs both feature 4K quantum dot displays. These models will be available in mid-July. Pricing is as follows:

The X8500C and X8300C are considered Sony's mid-range ultra high definition options, are available in sizes ranging between 49-inches and 75-inches. Again, all these TVs feature 4K quantum dot displays. These models will be available in mid-June. Pricing is as follows:

Sony's new high definition only offerings fall under the W800C and W850C series. These models will also be available in mid-June. Pricing is as follows: