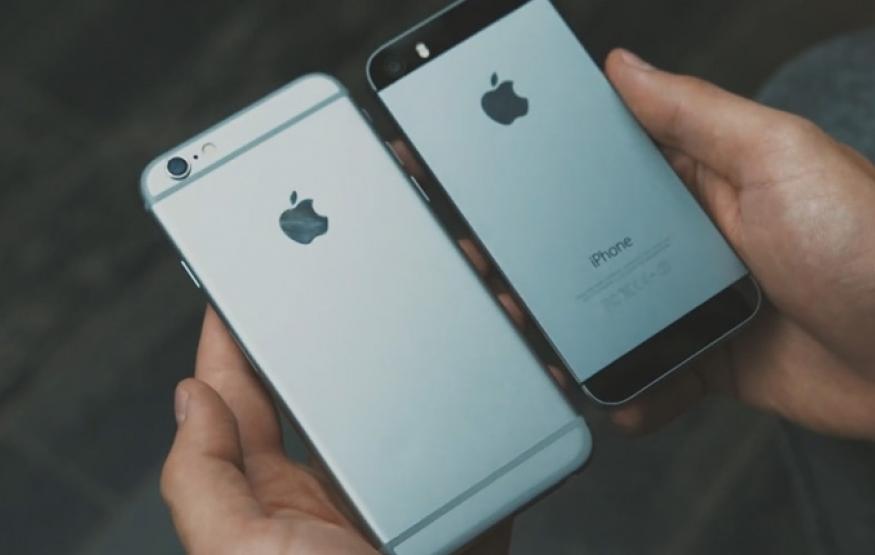 There's less than 24 hours to go to the new iPhone's announcement, but we've still got time for one last round of speculation! Here are six features we hope to see in the iPhone 6 – some of these are almost guaranteed, whereas others are fuelled by hopes and dreams.

There's less than 24 hours to go to the new iPhone's announcement, but we've still got time for one last round of speculation! Here are six features we hope to see in the iPhone 6 – some of these are almost guaranteed, whereas others are fuelled by hopes and dreams.

In addition, we're likely to see the announcement of the long rumoured iWatch, but we don't expect to see it on sale until as late as early next year. In the past, when Apple have introduced a new product, whether it was the first iPhone, first iPad or new Mac Pro, there's often been a few months between the initial announcement and the product launch. This is also why we haven't had any concrete news about the device's specifics – just a string of fashion industry hires.

We'll be live-blogging the announcement from 3am, for all of you night owls!

The resolution of these screens is yet to be confirmed, "triple retina" is a phrase that's been throw around the rumour mill. Essentially, these new iPhones should have a resolution that's even sharper than the iPhone 5s. But to be honest, after spending so much time with the LG G3, anything less than "triple retina" would be disappointing.

Research from Telstye's Australian Smartphone Market Study found that two in five consumers intending to buy a new iPhone would change their minds if it the handset does not have a larger screen.

NFC
As with big screens, Apple's also been late to the NFC game. Fortunately, it looks like this is about to change as the hardware giant have allegedly reached agreements with Visa, MasterCard and American Express for an iPhone-based mobile payment system, that will make use of the handset's fingerprint reader as well as a NFC chip said to be in the upcoming phone!

Improved battery
Leaks suggest the 4.7-inch iPhone 6 model will have a 1,810mAh battery, 16% larger than that found in the iPhone 5s. The 5.5-inch iPhone model could have a capacity of 2,915mAh. This would give the device comparable to the Samsung Galaxy S5 and LG G3, which ship with 2,915mAh and 3,000mAh batteries respectively. While these figures are useless without real world testing, they certainly sound like a good sign.

Thinner
While the iPhone 5s isn't a huge device, it's starting to feel pretty bulky compared to many of the other phones on the market. Fortunately, this video from Russian YouTuber Rozetked seems to suggest Apple's new flagship will lose a few millimetres from its waistline.

Increased durability
As beautiful as the iPhone 5s' unibody aluminium build is, mine's been collecting scuffs and scratches like they're Pokémon cards in the 90s. The back isn't too bad, but chamfered edges look a bit too beat up for my liking; and from what I've seen, I'm not the only one with this problem.

While we haven't heard too much about the device's build quality yet, there's been plenty of rumours about a sapphire crystal screen. Apple is known to have invested heavily in the material , which is resistant to both scratching and bending, and will hopefully reduce the number of cracked iPhone displays seen in public.

Improved camera
The iPhone 5s camera is pretty great, but it doesn't mean there's not room for improvement. Many Android flagships are offering the ability to record 4K video, and it would be great to see improvement low-light capabilities as in Sony's new Xperia Z3 handsets and a better front facing camera.

Previous Post Has Motorola made the best looking Bluetooth headset of all time?
Next Post The five best gadgets from IFA 2014