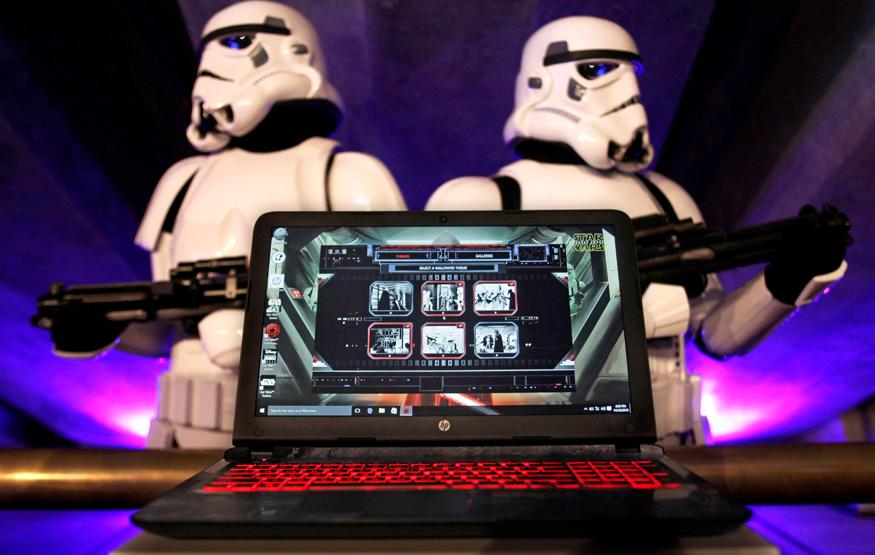 The Star Wars themed machine is powered by a sixth generation Intel Core i5 processor, 8GB of RAM, and a NVIDIA GeForce 940M GPU with 2GB of VRAM. It's 15.6-inch screen runs at 1080p, ships with a 1TB HDD, and is said to run for up to seven hours per charge.

HP will also release a Star Wars themed wireless mouse and laptop sleeve, retailing for AUD$49 each. The notebook and its accessories will be available through HP's online store and through major local retailers.

Previous Post Sydney-siders get public transport data in Apple Maps
Next Post Easing the change: Tips on swapping from an iPhone to a Samsung handset