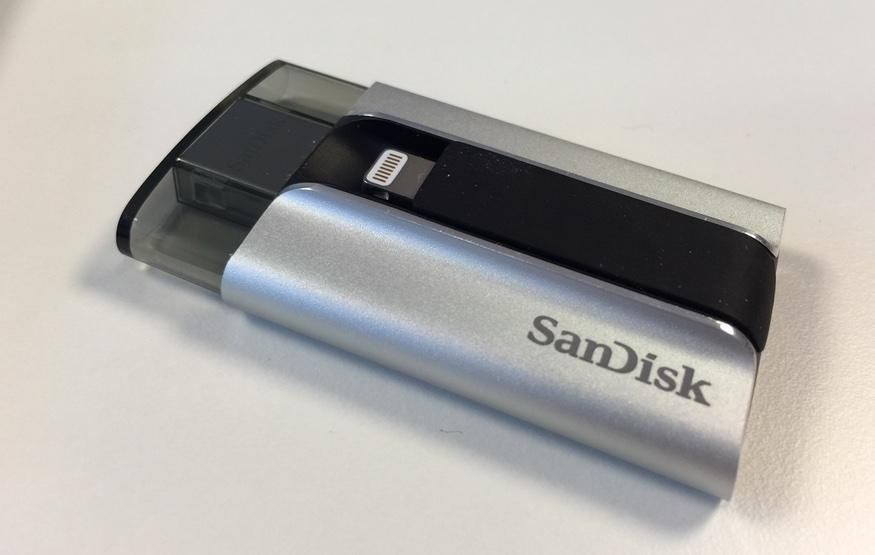 SanDisk today announced the Australian availability of the SanDisk iXpand, a flash storage drive designed specifically for iOS devices. The iXpand is a dual-pronged USB with a Lightning connector on one end and a USB 2.0 connector on the other.

Saad said that SanDisk's research showed that transferring content is extremely important to 82% of users, but the 67% are frustrated with the process; the iXpand was designed to give consumers a plug and play storage solution.

The iXpand is powered by an internal battery that recharges via USB. The storage device promises about eight hours of battery life, and won't charge from the connected iOS device, and as such, won't affect its battery.

The storage manufacturer says that the iXpand can be used to back-up photos and videos to an iPhone or iPad, as well as to playback music and movies via a companion app. The companion app supports non-native formats including AVI, WMV and MKV. The drive is compatible with all Lighting connector iOS devices running iOS 7 and iOS 8.

The iXpand is available in 64GB and 32GB varieties, retailing for AUD$179 and AUD$129 respectively. Both are now available at Officeworks retailers, and will be available on Officeworks.com.au from this evening. All major retailers have it by early March.