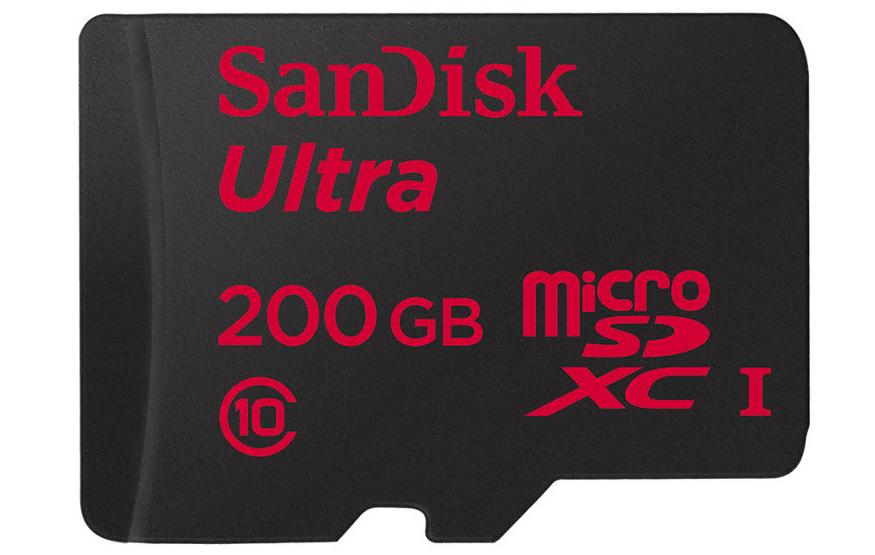 SanDisk today announced the world's highest capacity microSD card, clocking in a at massive 200GB. Previously, the highest capacity microsSD cards available were restricted to 128GB. The 200GB SanDisk Ultra microSDXC UHS-I Premium Edition (as it is formally referred to), also boasts transfer speeds of up to 90 megabytes per second, allowing consumers to move 1200 photos per minute according to the storage manufacturer.

The 200GB SanDisk Ultra microSDXC UHS-I Premium Edition will be available in quarter two for USD$399 – approximately AUD$514 based on the exchange rate. Official australian pricing has yet to be confirmed.