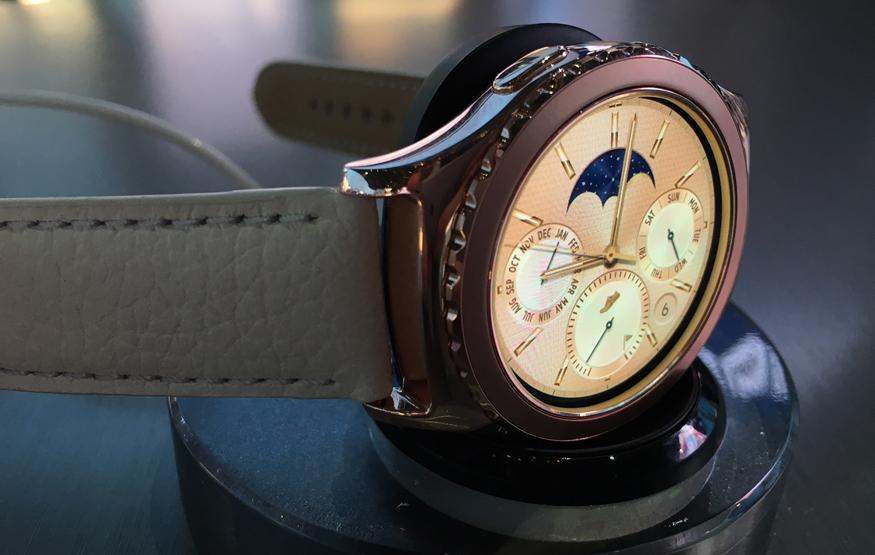 Samsung has begun the international rollout of the platinum and 18 karat rose gold versions of its Gear S2 Classic smartwatch that it first announced at CES. While Australian pricing and availability has yet to be announced, both high-end variants have popped up for pre-order in the Netherlands priced at €480 (approximately AUD$765), with an expected shipping date of February 24.

Assuming the local asking price is in line with the conversion, the rose gold Gear S2 would come in at approximately 5% of the entry-level 18 karat rose gold Apple Watch Edition's AUD$14,000 price tag. Of course, Samsung's blinged-out Gear S2 variant is simply plated in 18 karat rose gold, while the Apple Watch is built of solid gold.

The solid gold construction may give the Apple Watch Edition a lux factor, but gold or platinum plating seems like the pragmatic choice considering both the Apple Watch and Gear S2 will likely be succeeded before the end of the year.

Apple does however offer the much more affordable Apple Watch Sport in a choice of gold or rose gold-coloured aluminium, starting at AUD$499. The entry-level Gear S2 starts at the same price.