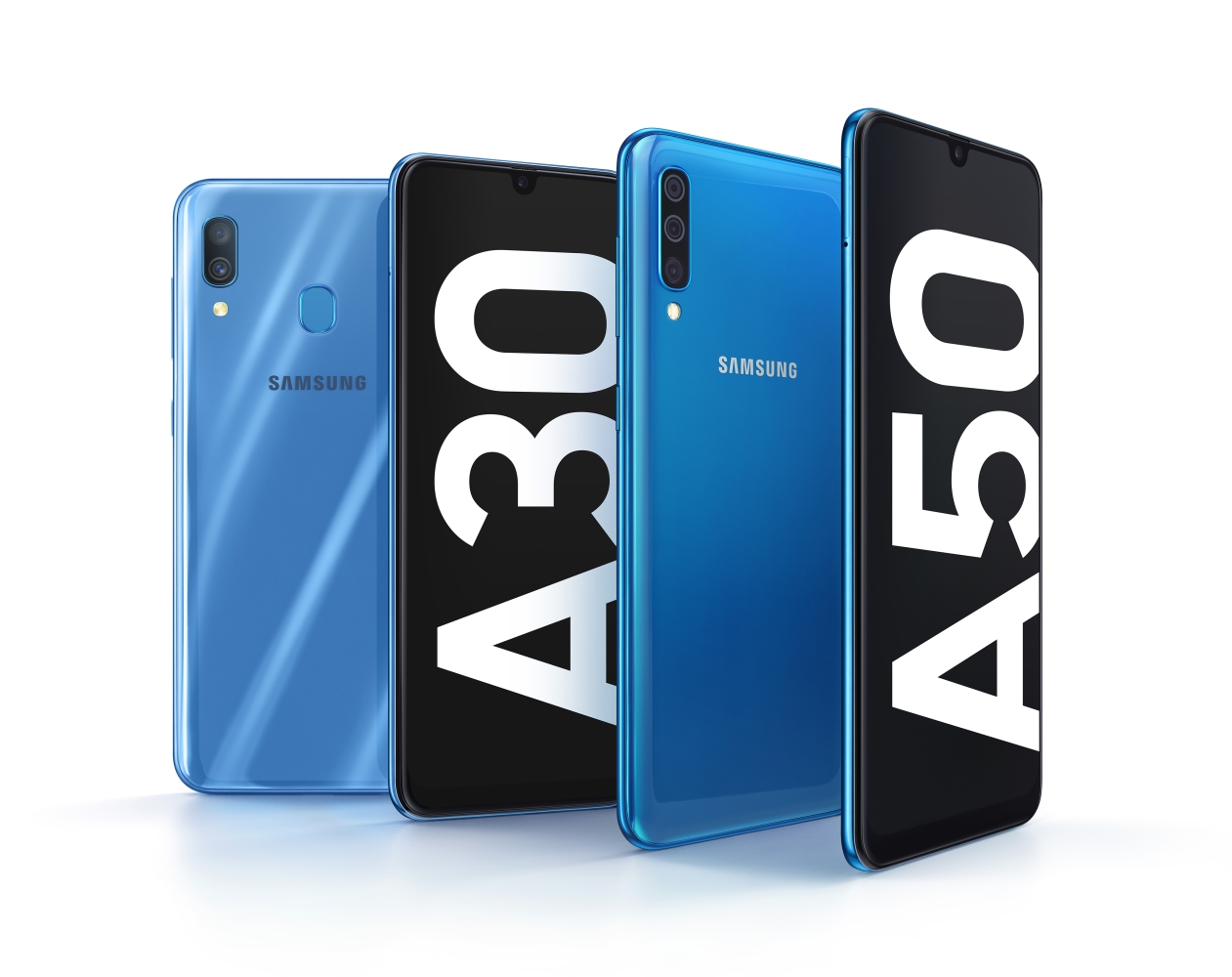 Samsung has created quite a buzz with its new flagships, but its mid-tier offerings have been revamped as well.

The new Galaxy A Series will initially offer two new models, the Galaxy A50 and A30. Both offer 6.4-inch 1080×2340 AMOLED edge-to-edge displays, 4000 mAh batteries and expandable storage up to 512GB. Both also offer software features like Samsung Health, Samsung Pay, and Bixby AI features.

The A50 is the better of the two, with an in-vogue triple camera setup offering a 25MP main lens, a 5MP depth lens, and an 8MP ultra wide lens. The front-facing camera also features 25MP resolution. An in-screen fingerprint reader provides security, and the phone is powered by a pair of quad-core processors. Colours for the rear include black, white, blue and a pink-orange pearlescent colour called “Coral”.

The A30 is positioned below the A50 in specifications with two cameras – a 16MP primary lens, and a 5MP wide angle lens, with a 16MP front-facing camera. The A30 features a fingerprint reader on the rear, but also supports face unlocking. The A30 is available in glossy black, white and blue.

Samsung is perhaps best known for its ultra-premium offerings like the upcoming Galaxy S10, but these two phones provide consumers with more options in the highly competitive mid-range phone market. The most compelling mid-range phones are often from Chinese manufacturers like OPPO and Xiaomi, but Samsung’s new offerings ought to be a viable alternative. Local pricing and availability is yet to be confirmed.