Samsung smartwatch concept makes your hand part of the display 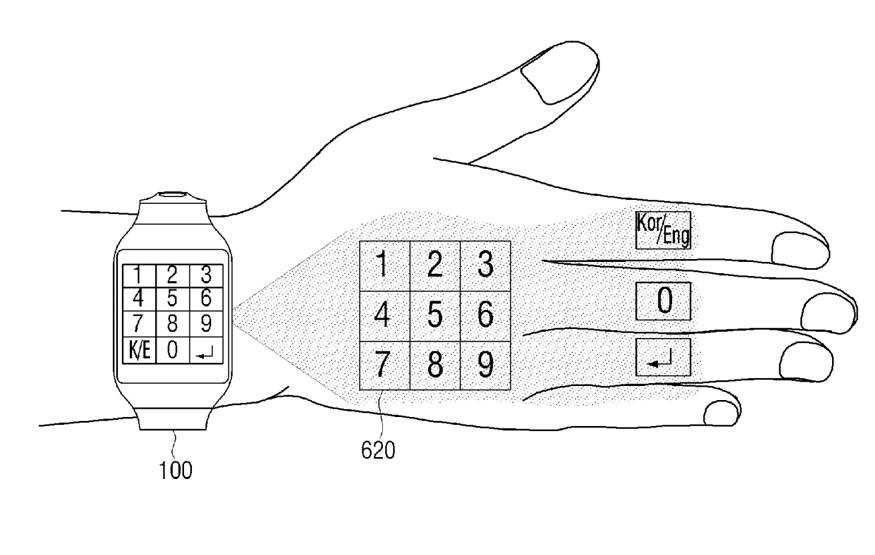 Samsung has applied for a patent on a smartwatch concept that would extend a wearable's display onto a user's hand. In theory, the smartwatch in question would be able to detect its user's hand area, and then project an interface – such as a dial pad or miniature keyboard – into the available space. Sensors embedded in the wearable would be used to detect what virtual buttons the user is pressing.

The patent application also explores the potential for extended fingers to work as additional buttons.

While Samsung's patent application may seem more than a little zany, it offers a novel solution to the screen real estate problem faced by wearables. By design, smartwatches need to have comparatively small displays, but this means using them as a touchscreen can easily obscure the entire screen. Apple has attempted to counter this with the Apple Watch's digital crown (which allows users to scroll without covering the screen). Samsung has a similar solution in the Gear S2's rotating bezel, where spinning the watch's frame acts as a primary navigation mechanism.