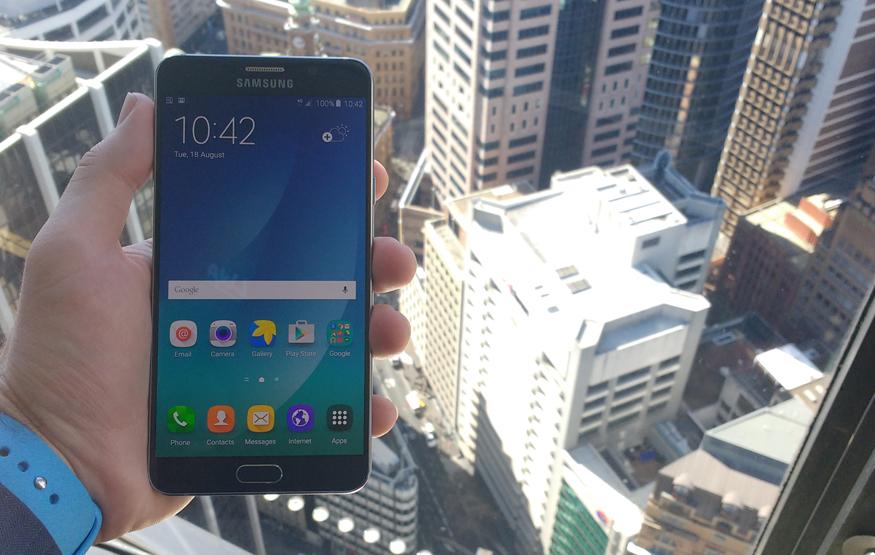 Samsung's Galaxy Note 5 and Galaxy S6 Edge+ will go on sale locally from September 4, with pre-orders starting at 4pm today. The Note 5 (pictured above) will only be available in a 32GB model priced at AUD$1,099, while the S6 Edge+ will come in 32GB and 64GB capacities, priced at AUD$1,199 and AUD$1,299 respectively.

Announced at the tail-end of last week, Samsung's new phablets take inspiration from this year's Galaxy S6, and are crafted from the same "premium" materials: scratch resistant Gorilla Glass 4 and metal. Unsurprisingly, this means that a removable battery and microSD card slot are both absent.

Samsung Australia Mobile Vice President Prasad Gokhale described the new devices as "beautiful on the outside, and powerful on the inside".

Other than the new design, the Note 5's biggest upgrade is an enhanced S-Pen stylus, allowing users to write on the phablet's screen when the device is sleeping. The Galaxy S6 Edge+ is a bigger version of this year's Galaxy S6 Edge, featuring a similar dual-edge display with curves on either side.

Samsung says the Note 5 is ideal for productivity and multi-tasking, while the S6 Edge+ (pictured below) is seen as a more of a multimedia device.