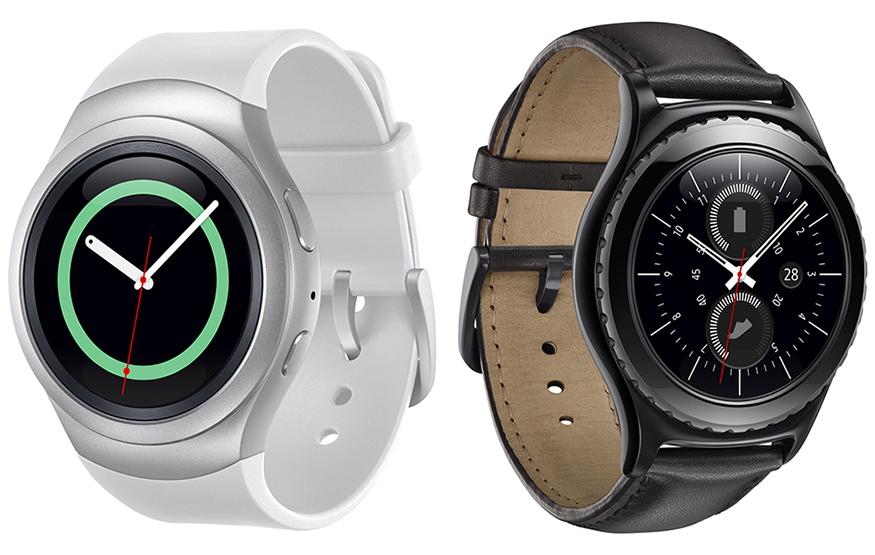 Samsung's Gear S2 smartwatch is now available from the company's online and flagship retail stores, ahead of wider local availability in November. The Gear S2 is priced at AUD$499 for Samsung's somewhat futuristic design, while the more watch-like Gear S2 Classic retails for AUD$599. Despite wildly different aesthetics, both models feature the same internal hardware.

Powered by Samsung's Tizen operating system, the Gear S2 distinguishes itself from the plethora of smartwatches on the market with a rotating bezel used for navigation. The Gear S2 boasts a 1.2-inch circular display running at a resolution of 360×360 pixels, a dual-core 1GHz processor, 512MB of RAM and 4GB of storage. Samsung says the Gear S2's battery will last for two to three days.

While past Samsung smartwatches have only been compatible with Samsung's own smartphones, the Gear S2 can pair with any Android smartphone running Kit Kat or better.

Samsung will support the Gear S2's launch with eight additional watch band accessories, that will each retail for AUD$59 to AUD$89.