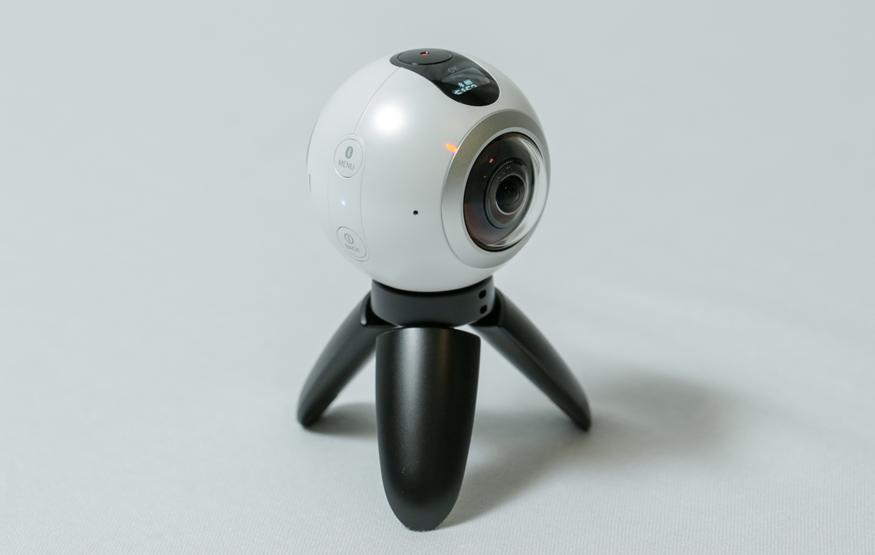 Samsung's first consumer-ready 360-degree camera – the Gear 360 – is now available in Australia for an asking price of AUD$499. The Gear 360 is designed to be used in tandem with a Samsung smartphone and the Gear VR virtual reality headset to enable users to create, view, and share 360-degree photos and videos.

The Gear 360 stitches together images shot through the camera's dual 15MP fisheye lenses. This results in 3840×1920 resolution video shot at 30 frames per second, or a 30MP still photo. Alternatively, the Gear 360 can use just one of its two lenses to shoot high-definition 180-degree video. All content shot by the Gear 360 is saved to a microSD card (sold separately).

A built-in tripod is included with the Gear 360, but the camera also features a standard tripod mount.

The Gear 360 is currently only available from Samsung's own store. It is not yet clear if any other retailers will range it.