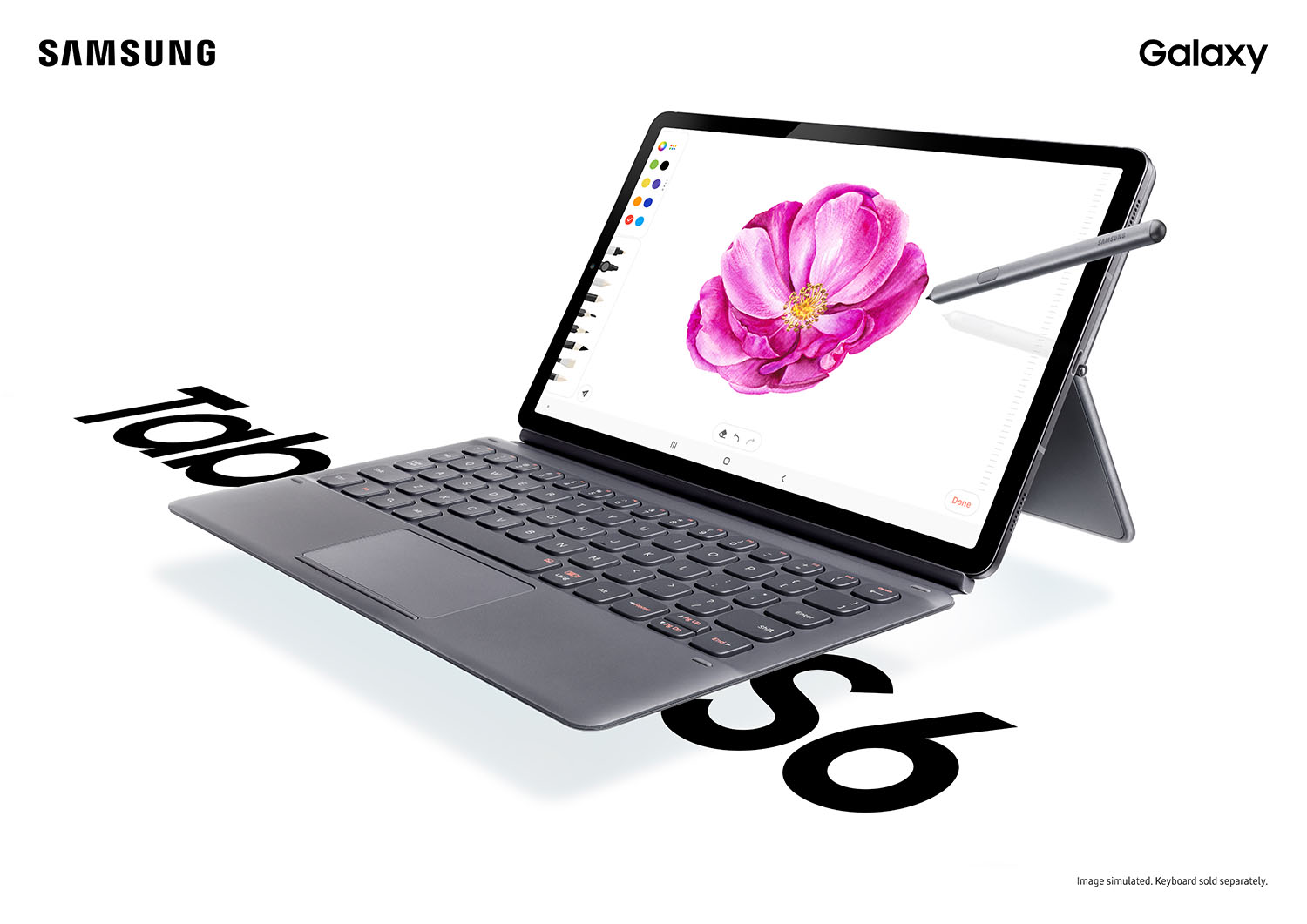 Samsung is sharing the details of its new tablet, the Galaxy Tab S6. New features and a classy design make it an attractive choice if you’re after an Android tablet.

The Tab S6 has a 10.5-inch screen with an aluminium chassis, getting away from the glass-backed design of many other mobile devices. On the rear is a dual camera system and a small slot for storing the S Pen. Official cases have a small flap to get at the pen without removing the case.

Speaking of the S Pen, it has a few new features on the Tab S6, including customisable gestures, handwriting-to-text conversion, note taking on top of apps and ability to export notes to other apps like Microsoft Word.

Samsung has included DeX with the Tab S6, allowing a laptop-like experience when paired with a keyboard cover. The keyboard itself is similar to earlier models, offering a touchpad and full size keyboard layout. Working out of the office or home is easy since the Tab S6 weighs just a little over 400 grams by itself.

Rounding out the spec sheet, the Tab S6 features a newly designed processor with significantly faster performance. Tablet gaming is handled well thanks to partnerships with Unity and Unreal (the game engine behind many modern video games) which allow for better framerates and more responsiveness.

Samsung will release two RAM and storage options, one with 6GB RAM and 128GB storage, as well as an 8GB RAM and 256GB storage model. Wifi-only or 4G LTE connectivity is the other choice customers will make.

The release date is set for 13 September, with preorders from 27 August. Preordering will net you a free upgrade to the 256GB model, saving you $200.

The biggest decision is whether or not an Android tablet still fits in your device list. Google, notably, has abandoned its homemade tablet lineup due to poor sales while Apple still retains the lion’s share of the tablet market with the iPad. iPads across the board are similarly priced to Samsung’s new offering, and even a little cheaper for some models, so it’ll be a tough decision for customers.

Previous Post Movie Frenzy is back this weekend with rentals from $1.99
Next Post AKG’s N700 NCM2 Bluetooth headphones launch soon