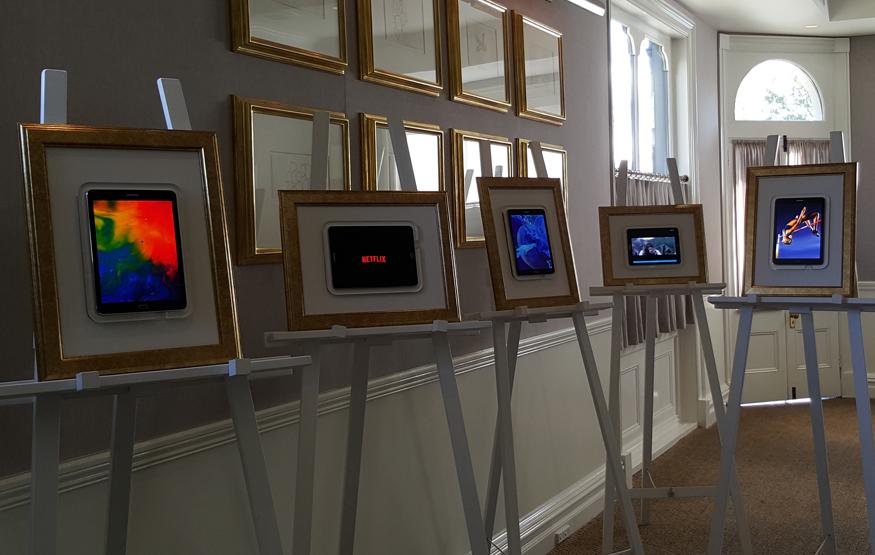 Succeeding last year's Galaxy Tab S, the Galaxy Tab S2 family eschews its predecessor’s 16:10 widescreen for a distinctly iPad-like 4:3 2048×1436 pixel "Super AMOLED" display. Samsung says the new aspect ratio is ideal for both productivity and multimedia consumption, both of which it expects users to do for extended periods of time.

Samsung claims the metal-clad device is the "thinnest and lightest tablet of its size ever";  both 8-inch and 9.7-inch Galaxy Tab S2 models have been trimmed down to 5.6mm in thickness, and weigh 265g and 389g respectively.

In terms of hardware, both Galaxy Tab S2 models are powered by an eight-core processor with four cores clocked at 1.9GHz and another four clocked at 1.3GHz. They ship with Android Lollipop, 3GB of RAM, a fingerprint scanner, and an 8MP rear-facing camera. Samsung says its new tablets have a battery life of at least 14 hours. Both Galaxy Tab S2 models feature 32GB of expandable storage.

Samsung is bringing Wi-Fi only and 4G-enabled models of both the 8-inch and 9.7-inch Galaxy Tab S2 to Australia. 4G-enabled models are said to be able to reach download speeds of up to 200Mbps. All variants come in a choice of black or white.

Outright pricing is as follows:

All major telcos and retailers will be carrying the Galaxy Tab S2. On contract pricing has yet to be confirmed.

Previous Post What to expect from Apple’s event this week
Next Post Game Review: Forza Motorsport 6 – A day at the races