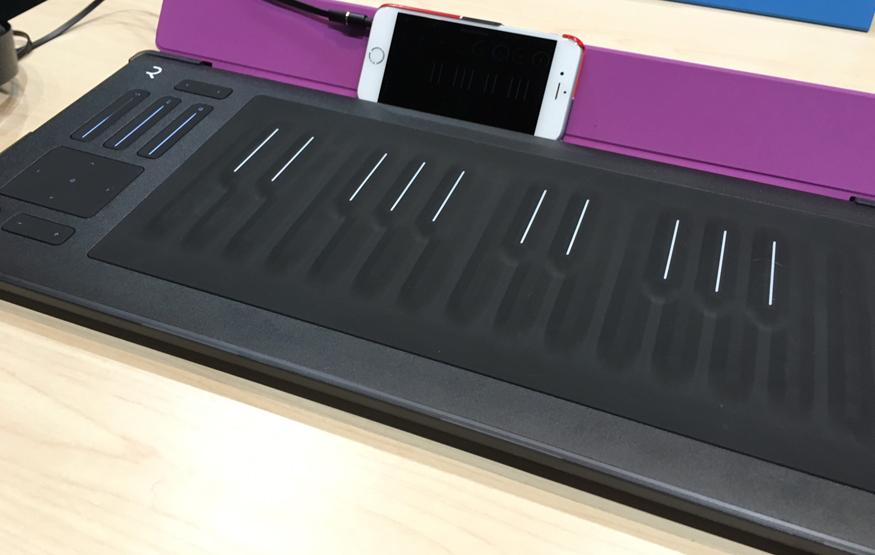 British start-up Roli has reimagined the piano with Seaboard Rise, a touch-based musical instrumental that can respond to and process multiple dimensions of input.

In addition to reacting to strikes like a traditional piano, the Seaboard Rise looks for movement up and down, movement side to side, touch, and how fast a player raises their hand after playing a note when determining the sounds it creates.

Players, can for example, strike a chord, and then bend the pitch of just a single note, while the others remain unaffected. Since the keys on Seaboard Rise are all connected, players are able to slide between the synthesiser's 25 keys as they would on a fretless instrument.

"You don't have to move [your hands] as much as you would on a normal keyboard instrument," said Roli Communications Lead Will MacNamara. “Instead, you can just bend and slide across the surface.”

The Seaboard Rise is actually the second generation of Roli's revamped keyboard; the original Seaboard has 61 keys and an integrated sound engine, removing the need for a connection to a laptop or smartphone.

Speaking to CyberShack, a MacNamara said Roli hopes to bring the Seaboard Rise to Australia in the first half of 2016. Select specialist retailers are already stocking the instrument, priced at around AUD$1,250.