Pokémon Go is kinda dumb, but I still love it 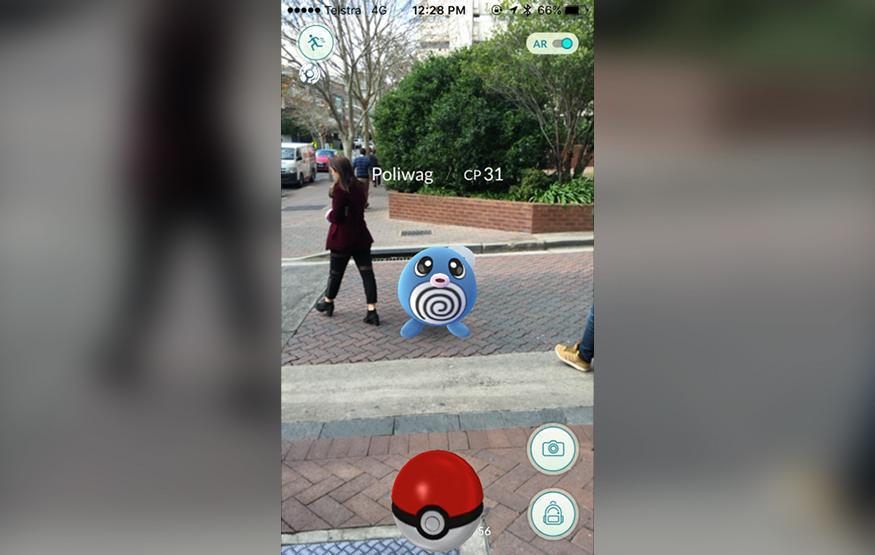 Pokémon Go is kind of dumb when you think about it. It's a gamified pedometer with a healthy dose of random number generation. It's a hollow shell of the classic Pokémon games I grew up with, that has replaced insane mechanical depth with a swipe-and-tap fest. But against all rhyme and reason, I love it.

You don't have to weaken Pokémon to catch them, you can't trade, and fighting against other players has been simplified to tapping on the enemy Pokémon. But while Pokémon Go is lacking in the gameplay department, it makes up for it with an almost magical sense of adventure. It's a logical progression of the classic Game Boy games; you'd walk around and find a wild Pokémon. Now you're actually walking. Whether you're taking a stroll through a park or just heading into work, if you've got the app open, there's a chance you'll find a Pokémon. It’s like the jump from 2D to 3D, but a whole new level.

Another big drawcard is nostalgia; at present, only the original 151 Pokémon are collectible. You're not catching new-fangled monsters like Aegislash or Slurpuff, you're hunting down the classics charmingly rendered in 3D. I started my first Pokémon addiction with Red, so the original cast still hold a special place in my imagination.

Of course, Pokémon Go is far from perfect. GPS is an imperfect solution; you'll be right next to a landmark, but the game will say you're too far away to interact with it. This could be launch week jitters, but it can still be a bit frustrating. The app is prone to crashing, which has resulted in me losing progress. You should also expect extended play sessions to wreck your smartphone's battery.

At the same time, it's hard to be too critical of what's ostensibly a free game. Pokémon Go has in-app purchases, but they're really not necessary to enjoy the game. Some of the available items will save you from walking around to catch Pokémon, but that almost entirely defeats the point of the game. The only investment I've made in Pokémon Go is time, and in turn, that investment has helped me smash through my daily exercise goals (Pokémon Go could very well end up being an amazing case study on how to effectively gamify fitness).

Pokémon Go might be a little bit basic, but for now, it feels fresh. It (literally and figuratively) adds a new dimension to a tried-and-series. The mechanical depth isn't there, but the sense of wonder added through real world exploration more than makes up for it. It recaptures so much of the excitement I experienced when I first slotted Pokémon Red into my chunky old Game Boy, albeit in a different way. If the formula was expanded on just a little bit, Pokémon Go could be downright incredible.

As it stands, I'm not sure how long it will take for Pokémon Go's charms to wear off; under a glossy ambitious exterior is a game with very little depth and a bit too much grind. I'm still enjoying it though, and at the end of the day, catching a wild Poliwag running around outside the office tickles my nostalgia receptors in just the right way.